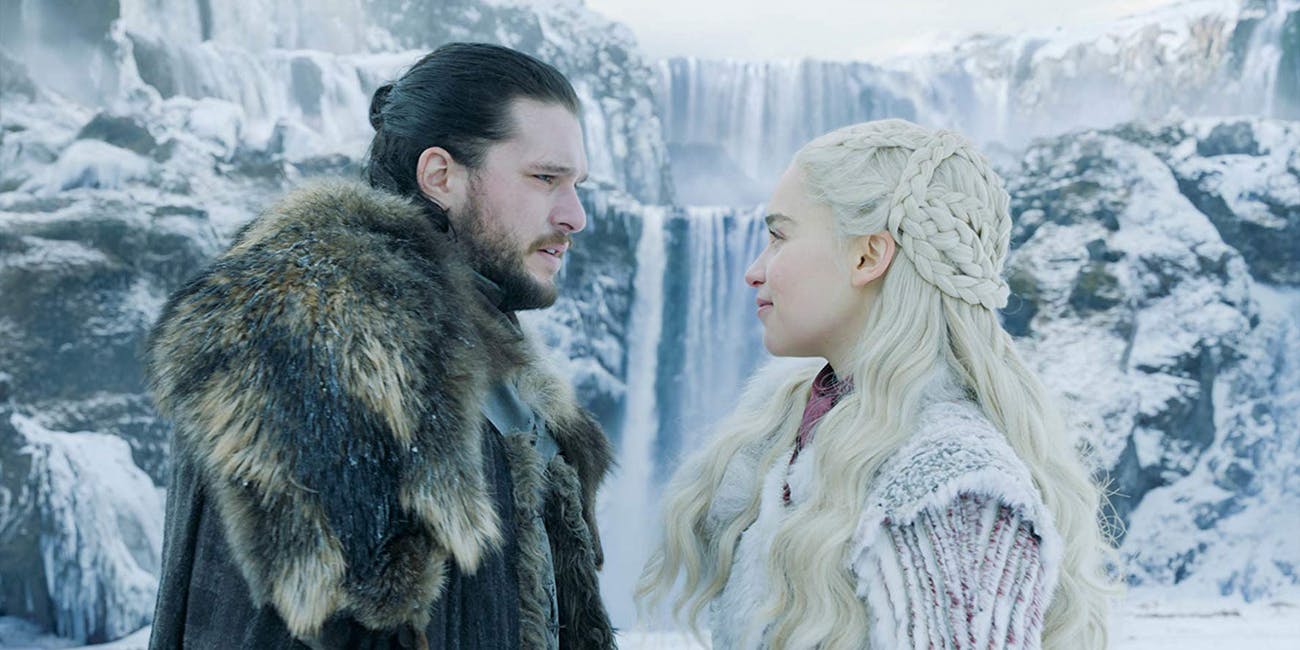 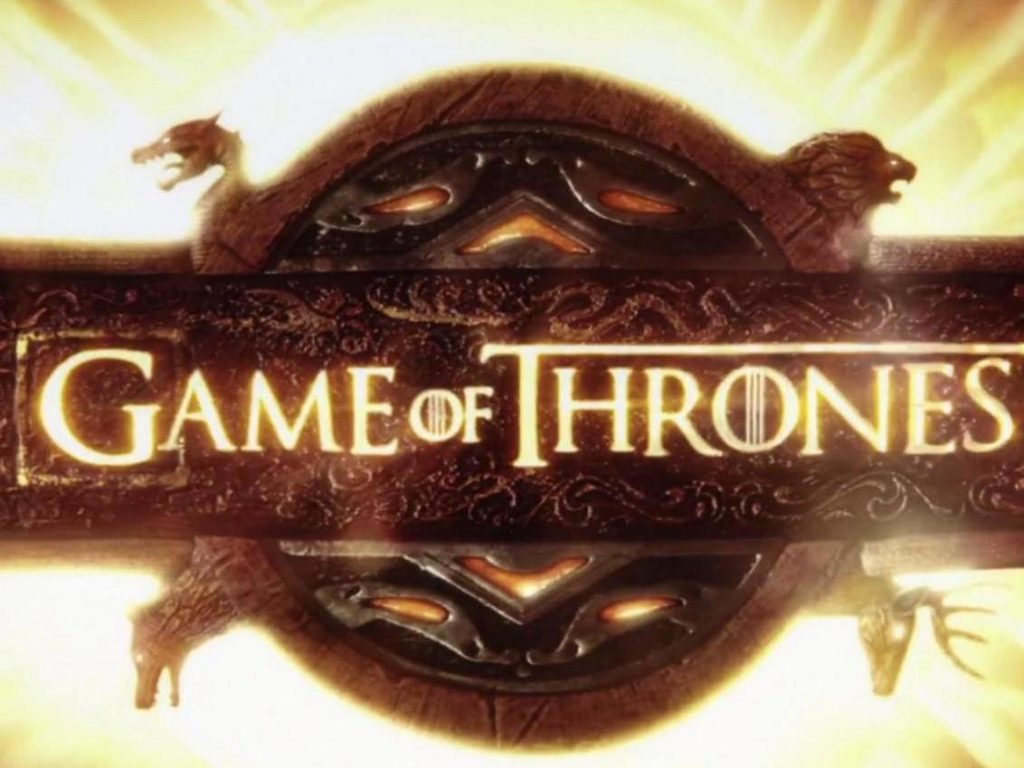 In case you've been living under a rock somewhere, HBO's most popular series Game of Thrones has returned with a vengeance in its final season. Click To Tweet Yes, you read it right. It’s the final season of one of the best—if not, the best show on television right now.

Anyway, I had a chance to catch the season premiere when it aired last Sunday (April 14). Nope, I wasn’t going to miss a single minute.

Let’s get into it the review.

The episode, titled “Winterfell”, opened up right there in good old cold-ass Winterfell, the land of the Starks. Jon Snow returned to his childhood home, along with his current lover Queen Daenerys Targaryen and many of her loyal followers, including Tyrion Lannister and her remaining two dragons, Drogon and Rhaegar (Viserion was killed last season), to organize a massive army in order to defeat the Night King, who’s on a mission to kill and destroy. 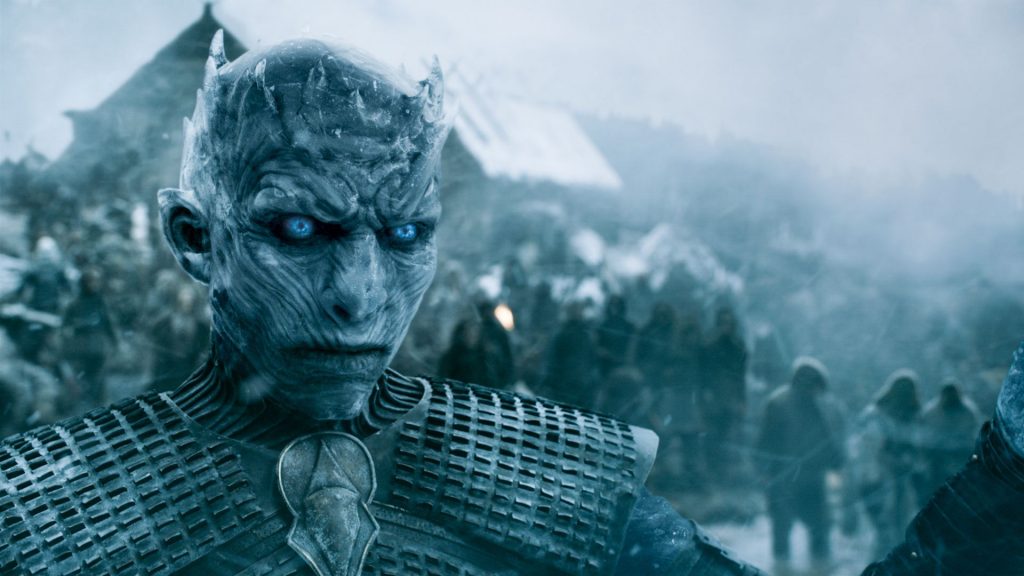 This time around Jon Snow’s return to Winterfell was the reunion that we’ve all been waiting for for years now. Well, I know I have.  In the last season, we had a chance to see him come together with his sister, Sansa Stark, to help her defeat and murder Ramsey Bolton’s psychotic ass. Oh, yeah, that was an awesome moment of television.

In the latest episode, as I watched Jon reunite with Bran and Arya Stark, it brought tears to my eyes, since they’ve all been through hell and back and now they’re back together, even though it might only be for a short time. 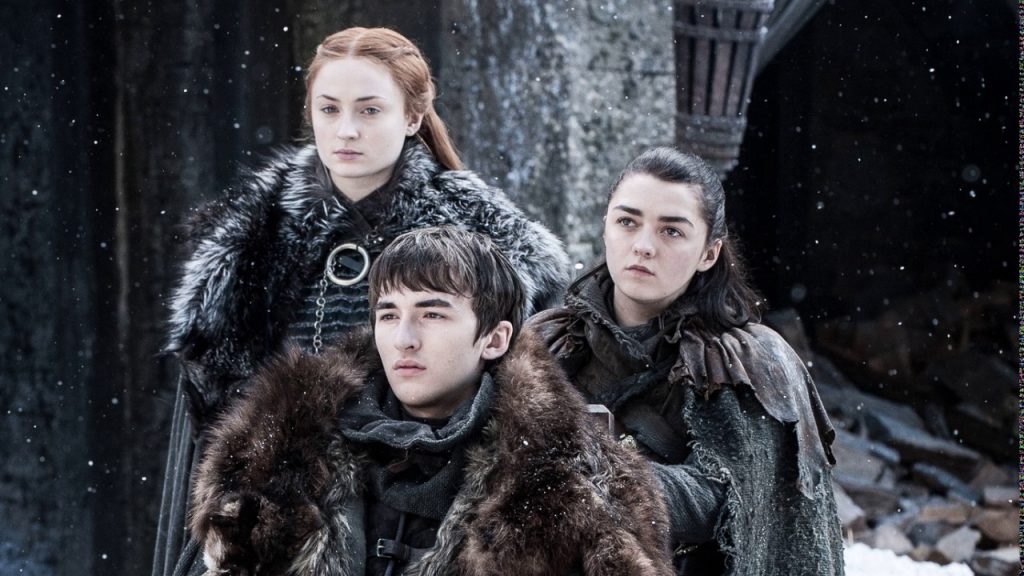 Jon introduced to Daenerys to Sansa, but Sansa wasn’t feeling her at all and was not afraid to let the Queen know. Basically, Sansa felt that Daenerys wasn’t there to just help them defeat the Night King; she was there to try to claim the throne for herself. Jon tried to reassure Sansa that Daenerys was on their side and that she was there to fight for the people and not the crown. Sansa rolled her eyes and carried herself right on back inside the castle to get toasty by the fire. She wasn’t trying to hear that bullshit.

During the same introductions, Bran didn’t hesitate to enlighten Daenerys on what really happened to her dragon baby Viserion. He told her that Viserion was among the white walkers and that the Night King controlled his every move, since he’s now among the living dead. I expected more of a reaction from Daenerys after hearing that news, but she only gave me a slight raise of the brow and went on about her business. I thought she would’ve made it her sole mission to immediately plot and plan ways to wipe the Night King from existence. He made the shit personal, fucking with Viserion!  Let me calm down, I’m mad now.

I’m even more mad at Tyrion Lannister, who has been my favorite character for most seasons. In this particular episode, he was definitely not the sharp-tongued, clever, quick-witted little guy that we’ve all come to know and love. He seemed to be under some type of spell. He had to be for him to have said that he had faith that his bitchy, conniving, evil sister, Cersei, was actually going to send her army to help them defeat the Night King. He should know not to trust that bitch. If Cersei could’ve had her way, Tyrion would’ve been dead a long time ago. 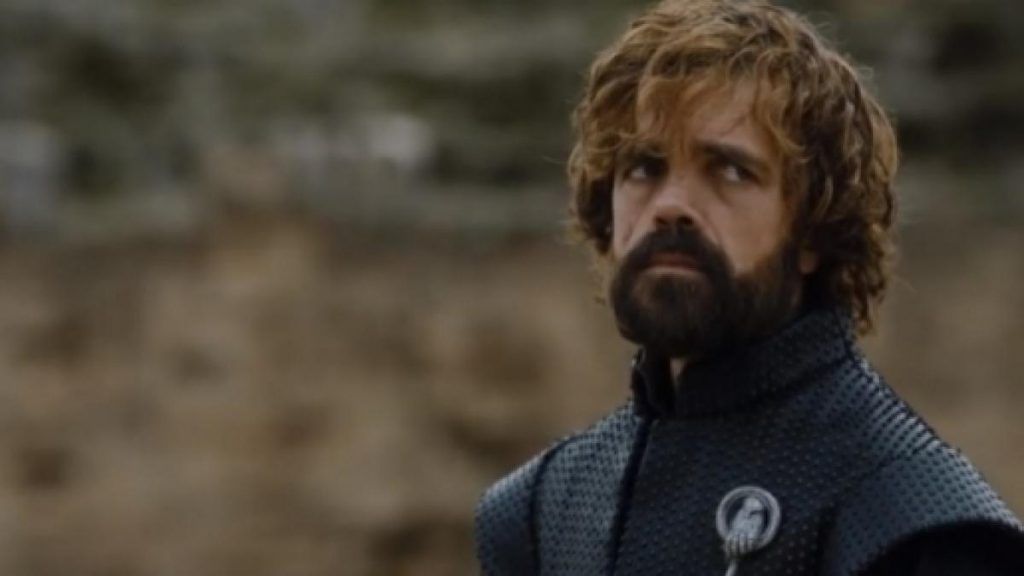 Speaking of Cersei, she was over in Kings Landing, plotting, planning, and lying like she’s been known for. When Qyburn, her right hand man, came over to tell her that the Night King burned the wall down, which allowed the white walkers to cross over, Cersei gave not one fuck. She actually laughed, which was proof right there, that she lied last season, when she told Tyrion that she was going to join forces with them and take down the Night King. I can’t deal with her. Whatever she gets when it’s her time to go, won’t be good enough. 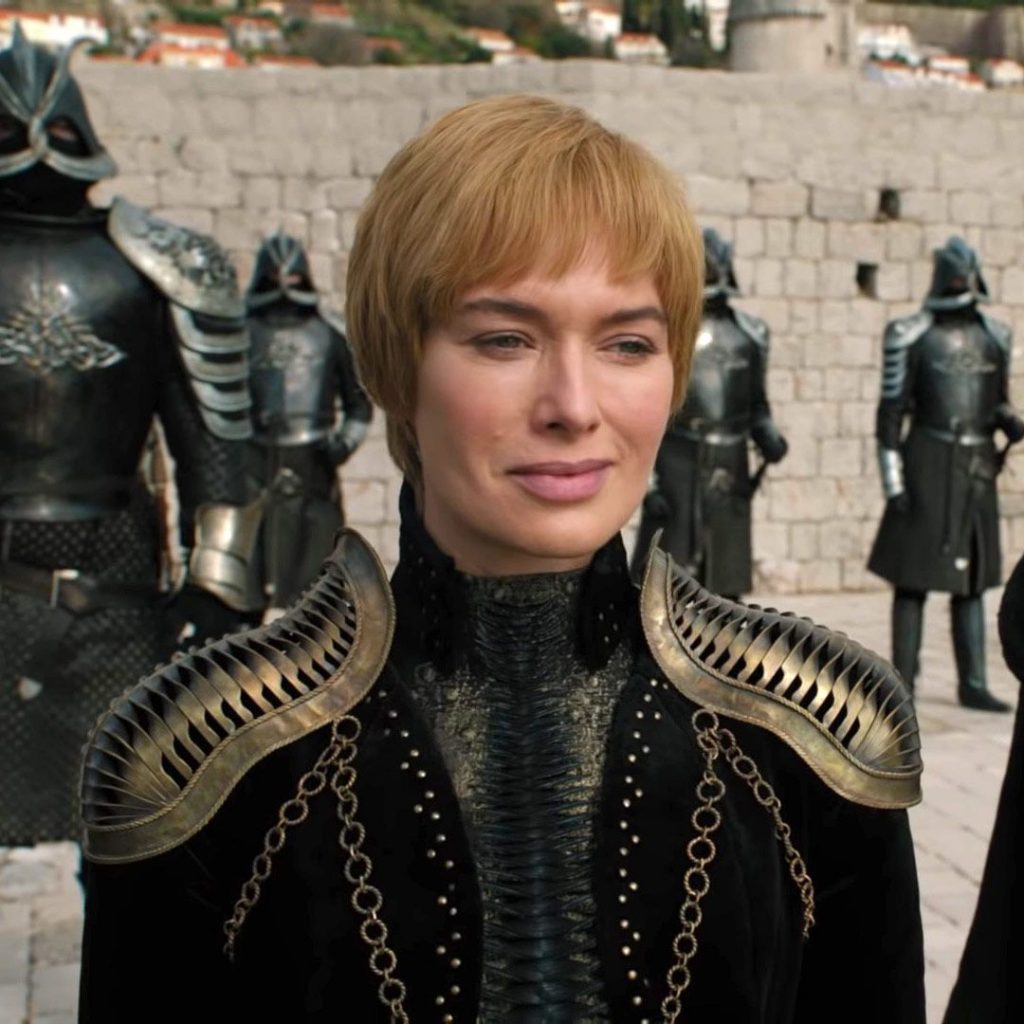 Daenerys and Jon went on a date, flying around Winterfell on Drogon and Rhaegar, while Tyrion watched them both with hurt feelings, since we all know that he’s in love with Daenerys. That’s the reason his brain has suddenly turned to mush.

It was obvious that Daenerys had the googly eyes for Jon Snow throughout this entire episode. Her behavior, being all in love and shit, really got under my skin. What happened to the bad bitch that we’ve come to know? We can’t defeat the Night King like this!

Once she made it back to Winterfell, Daenerys made her rounds and met up with Samwell Tarly in the library. She confessed to murdering his father and his brother last season, when they wouldn’t “take the knee”, and declare her their Queen. Although, Sam’s dad was a piece of shit, I still felt bad for Sam finding out like that. Poor thing teared up, left the room, went straight to track down Jon, and told him exactly what Bran had let him know earlier in the day—Jon Snow, who’s a Targaryen by blood, was the true heir to the throne and not Daenerys Targaryen.  Oh yeah, and that Jon had been smashing his aunt. Ewww! See the clip below:

Jon was dumbfounded. But, still it wasn’t the reaction that I wanted. I needed him to blow up more, to ask more questions, to throw some shit around. That didn’t happen though. He just stood there, took it all in, and said that he didn’t want to be the heir to the throne. What the fuck, Jon?

Then, we find out that the Last Hearth, formerly the House of Umber, has been overrun by the Night King and his army of the dead. Tormund, the red-bearded wilding, Beric, and Eddison Tollett arrive at the castle and finds everybody dead, including 10 year-old Lord Ned Umber, the head of the House of Umber who had recently vowed that he and his people would serve House Stark, impaled to a wall, dead as shit. While Tormund, Beric, and Eddison, were piecing together what had happened,  Lord Umber resurrected as a wight, screeching and howling with those crazy ice blue eyes (scared the shit out of me) and Beric had to hit him with his flaming sword to finish him off. Check it out below:

In the final scene, Jaime Lannister pulls up to Winterfell, after he clearly betrayed his sister/lover Cersei last season, when he decided that he was sick of her shit. As Jaime peered around Winterfell’s grounds, he locked eyes with Bran Stark, who was just chilling outside in his wheelchair, “waiting for a friend”, as he kept saying earlier in the episode. It was obvious Jaime could’ve been sold for half a penny, as Bran’s stare appeared to pierce through his very soul. 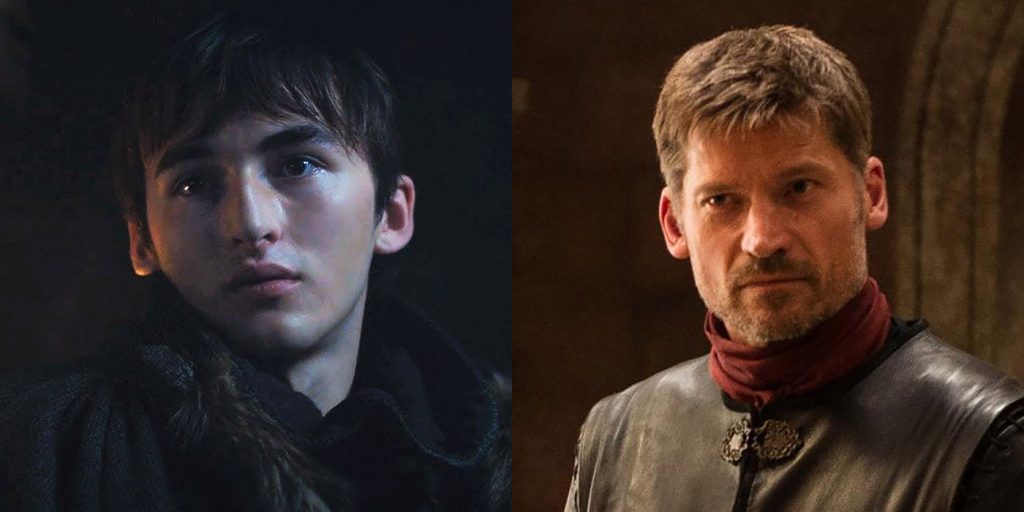 Overall, I’d say that it was a good opener for Season 8 of Game of Thrones. It allowed the audience to get reacquainted with all of the main characters. But, where was my 90-minute episode? I thought that since there are only six episodes this season, we would get longer episodes. I guess that’s a clear indication that we need to stop believing everything that we read on social media, huh?

On the other hand, I do think that the episodes are going to move pretty damn quickly, since they have to tie this entire series up in a few shows. I expect that we are about to lose some main characters really soon. I’m excited to see what happens, but I know I’m going to be sad to see some of my faves go.

I’m ready for Game of Thrones to get this show on the road. I’m tired of all the theories, hypotheses, and fan fiction; I’m eager to see what’s really going to happen. Bring it on!

Continue Reading
You may also like...
Related Topics:Featured, Game of Thrones, HBO, TV