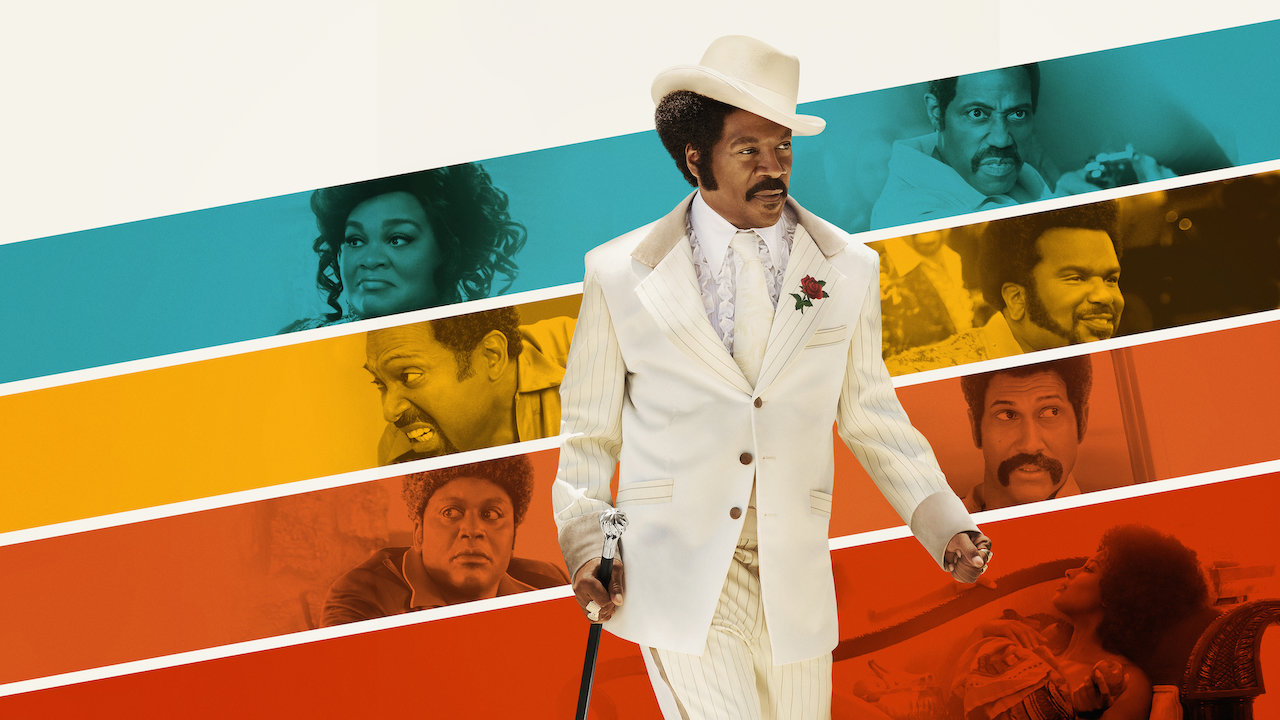 Dolemite Is My Name starring Eddie Murphy- The Junkie Review

After a lengthy hiatus from the big (and the small) screen, can legendary comedian Eddie Murphy still pull a crowd? Click To Tweet

First of all, I just want to give a round of applause to Mr. Murphy and his team for bringing comedian Rudy Ray Moore’s a.k.a. Dolemite’s story to the attention of mainstream in the comedy biopic, Dolemite Is My Name, which recently premiered on Netflix, following a limited theater release. 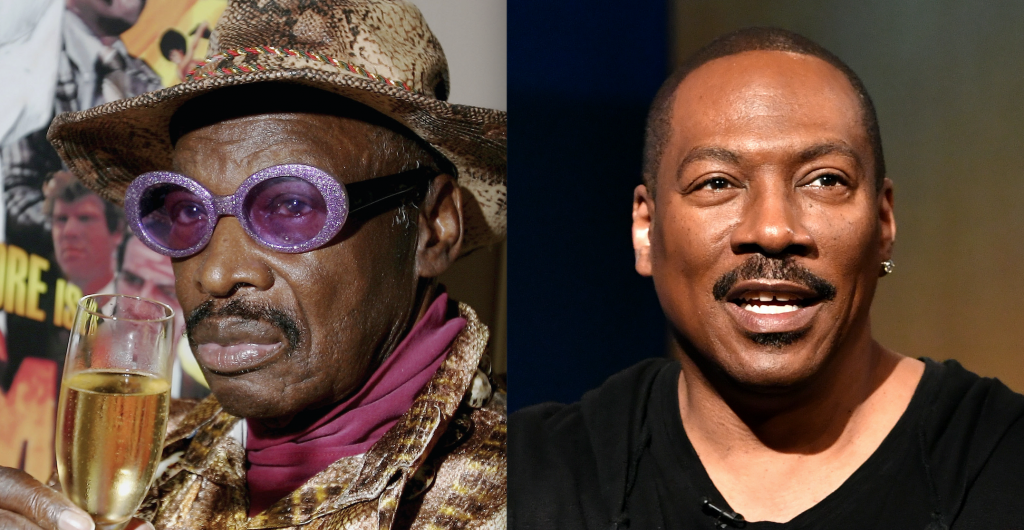 Dolemite Is My Name, directed by Craig Brewer (Hustle & Flow) and starring Murphy as Moore, takes us through the trials and tribulations of a struggling entertainer trying to break into the business by any means necessary. Whether he was begging to get his self-proclaimed “hit record” Ring a La Ling Dong in the DJ’s rotation at the record shop where he works, or pleading with a nightclub manager to get a longer comedy set at the club, where he also works, Moore’s determined to make it to the big time.

It isn’t until he creates the character Dolemite, where he uses the funny, explicit, rhythmic tales, previously told by the junkies and winos around the way in his own stand-up routine,  that Moore sees the first glimmer of light on his road to fame and fortune.

Honestly, I can’t remember the last comedy movie, other than a few stand-up specials here and there, that has made me, literally, laugh out loud. Dolemite Is My Name, is funny from the beginning, through the middle, and all the way until the end.

It depicts the story of a man with a plan, who refuses to give up, no matter the odds and the naysayers who constantly tell him that he should just stop chasing the limelight and be content with his place in life, as numerous doors slam shut in his face. 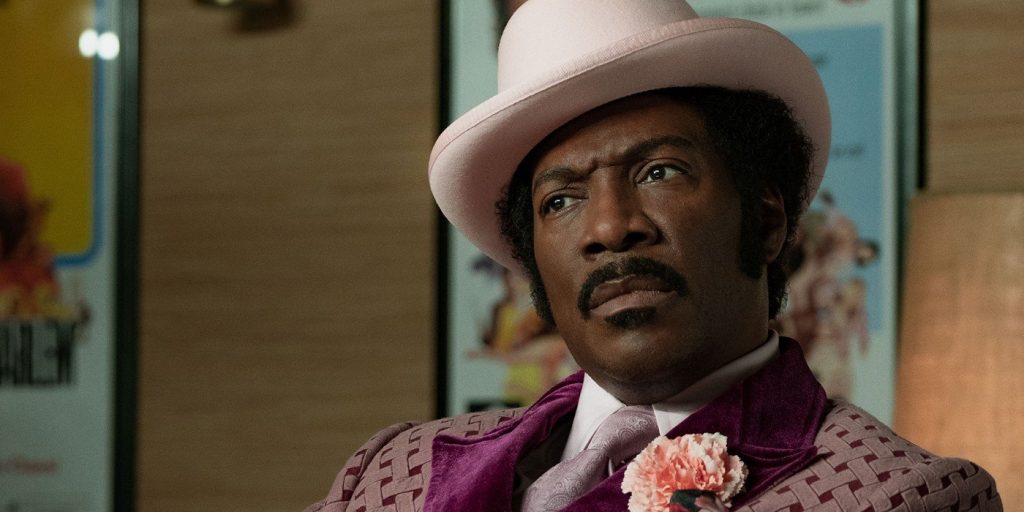 After his first taste of success, Moore’s clearly hungry for more and makes the rash decision to enter the movie business and finances his first movie with the money he makes from touring, what was then-described as the “chitlin’ circuit”.  Though he suffers major hurdles and takes crazy risks, Moore finishes his first movie on a wing and a prayer and the rest is history.

Murphy’s talent jumps out as soon as he enters the very first frame. He certainly brings his A-game to this movie, along with a solid supporting cast, lead by, Keegan Michael Key,  Craig Robinson, Titus Burgess, Wesley Snipes, Snoop Dogg, and newcomer Da’Vine Joy Randolf, who portrays Lady Reed, the longtime friend and business partner of Moore. 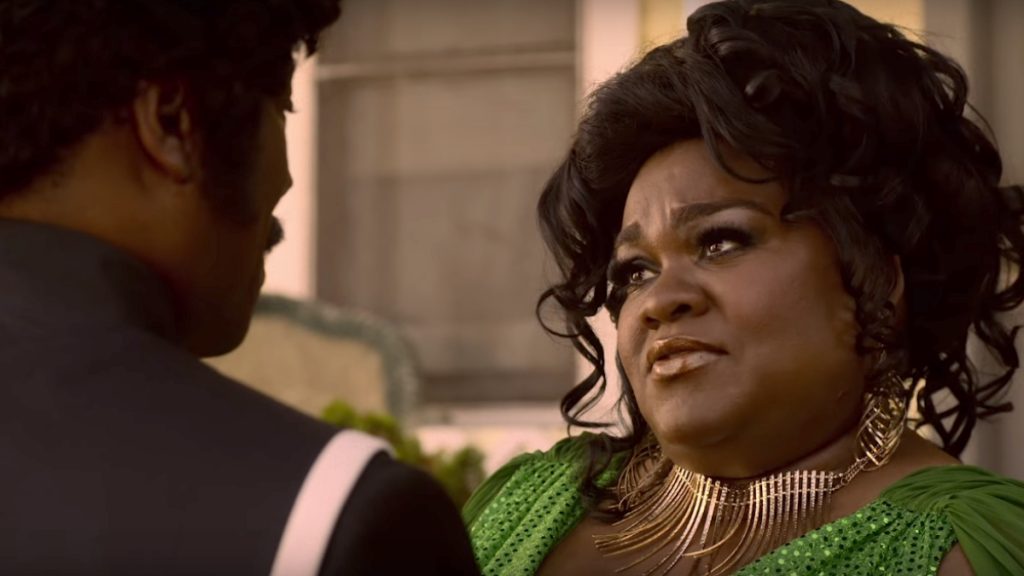 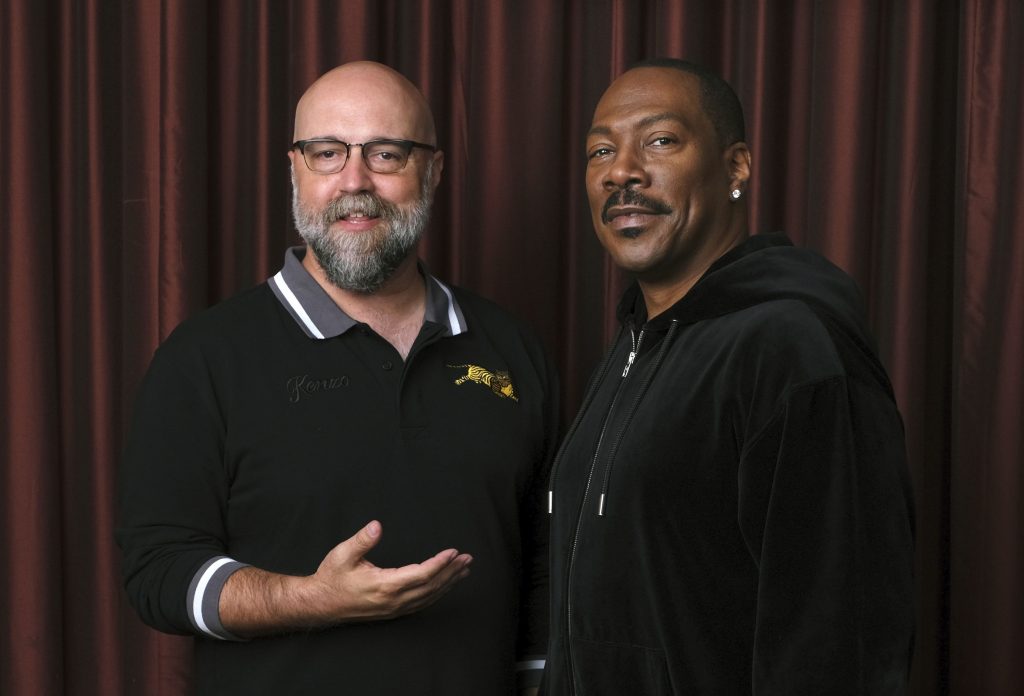 In addition to talented cast, I have to give props to Craig Brewer on his directing skills. The man has come a long way since his Hustle & Flow days and it shows in the way that he masterfully handles the movie. The movement, the angles, the costumes, and the cinematography make this movie worth watching over and over again.

Dolemite Is My Name is an entertaining coming-of-age-comedy-wrapped-drama which delves into the life of a showbiz pioneer who damn near sacrifices his freedom and makes major strides to become a household name.  And Murphy, undoubtedly, delivers one of his best perfomances since Dreamgirls.

El Camino: A Breaking Bad Movie- Necessary or Just A Waste of Time?
What Did We Expect from Queen & Slim- The Junkie Review
Advertisement