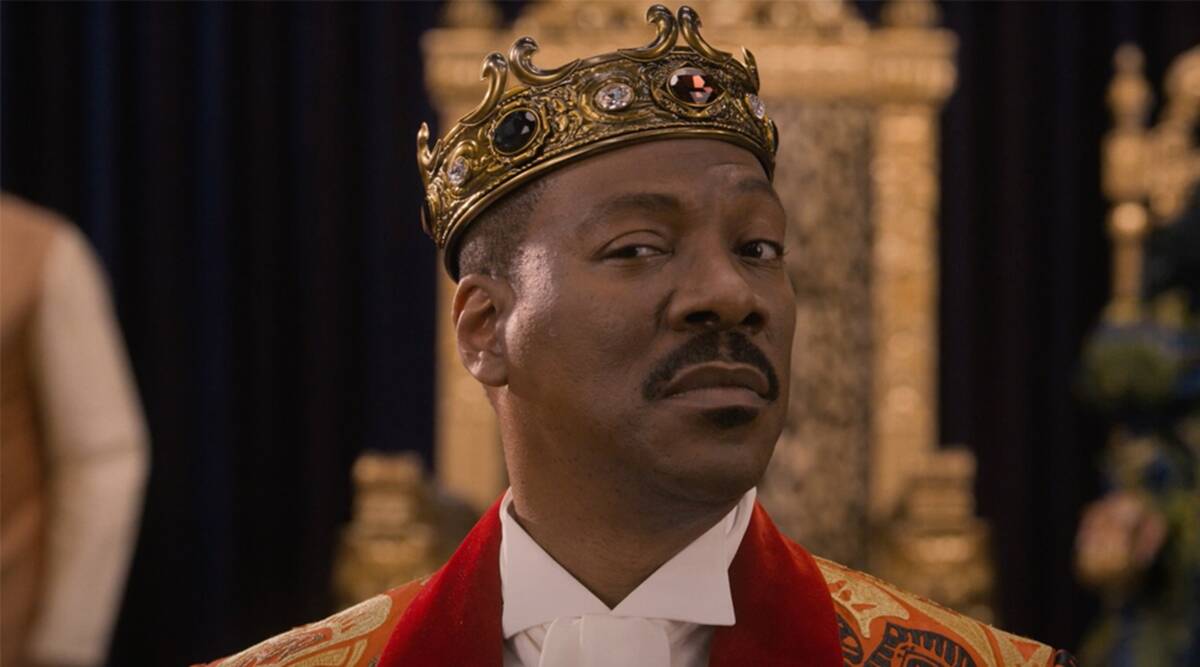 Coming 2 America: Is It As Good As The Original? The Junkie Review

Is it as funny as the original?

That’s the biggest debate question on the heels of Coming 2 America, the long-awaited sequel to the 1988 comedy smash, Coming To America, which starred Eddie Murphy as Prince Akeem and Arsenio Hall as his best friend, Semmi, as they made their way to the ‘hood streets of Queens, New York to find Prince Akeem’s future wife.

In the follow-up movie, Murphy and Hall reprise their roles, (and many others) as they bring the classic into the 2020s. Coming 2 America, directed by Craig Brewer (Hustle & Flow, Dolemite is My Name), with the screenplay headed up by Kenya Barris (Black-ish, Mixed-ish), picks up in the beautiful land of Zamunda, a fictional country in Africa, 30-plus years later. 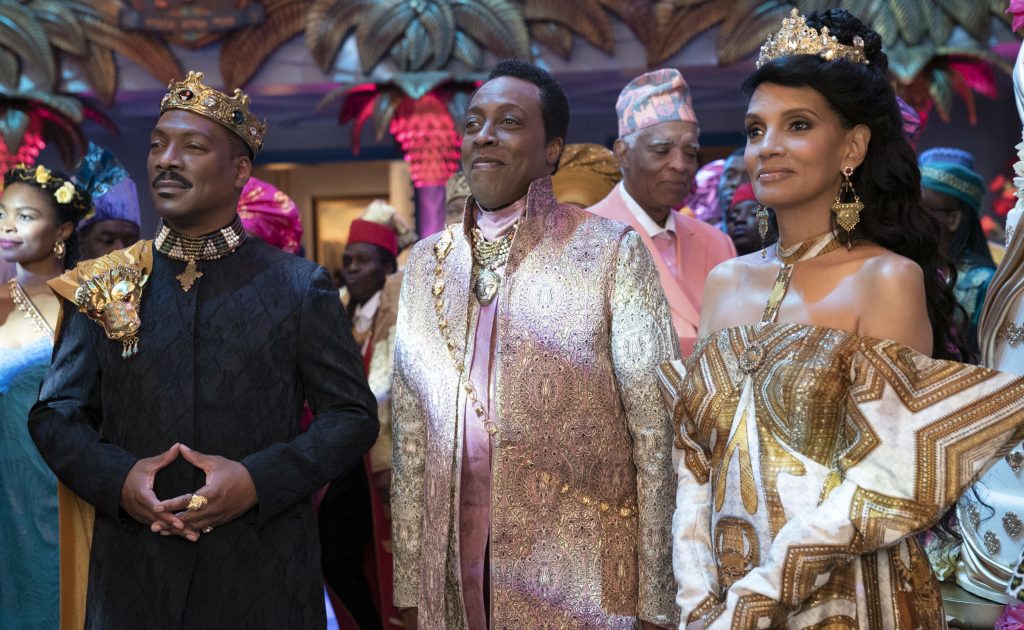 I’m not going to lie, I got a little emotional in the opening credits. The original was a big part of my childhood and just hearing that signature music brought back so many good memories of popping that VHS tape into the VCR on Saturday afternoons and laughing my butt off. Yep, those were the days.

Apparently, Prince Akeem was going to come back to America to try to find his illegitimate son. What?? A bastard son? Noooo! How could this be? Prince Akeem was so smitten with Lisa McDowell (Shari Headley). How did he have time to get some? Now, Semmi, on the other hand, would have made this so much more believable. 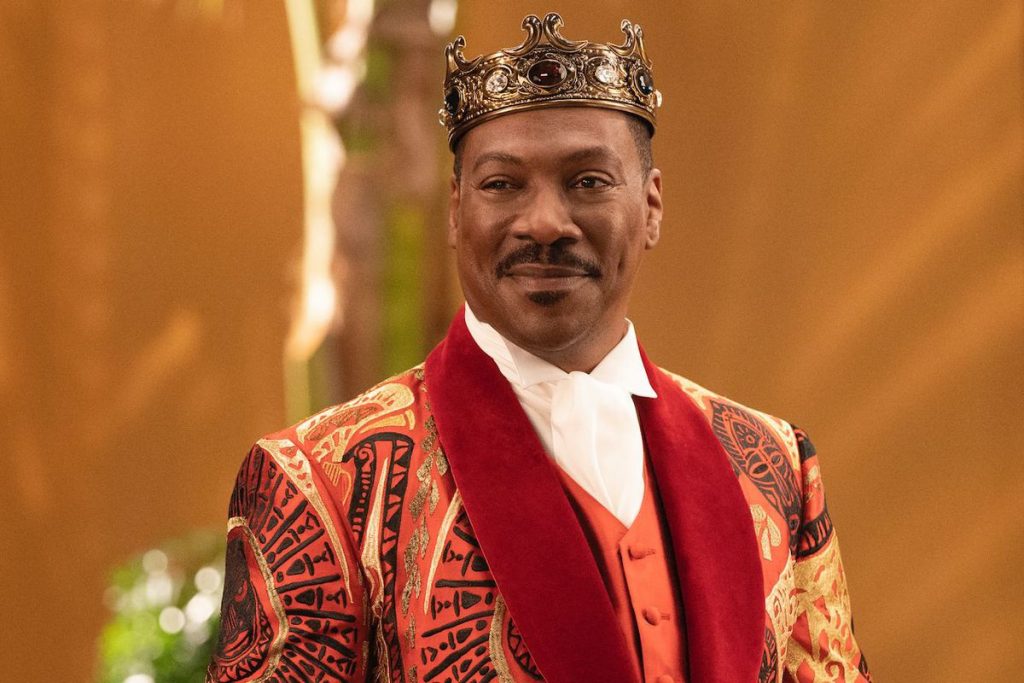 Anyway, I wasn’t here for any of it. But, there was no way that I couldn’t watch it, right? Right. I had to see just how much of a train wreck this was going to be.

Coming 2 America starts with the introduction of Prince Akeem’s and Lisa’s 3 beautiful daughters, walking through the grand palace, on the way to greet their parents on their 30th anniversary. After that, the audience reunites with Semmi (Hall) and the illustrious King Jaffe Joffer (James Earl Jones), who’s pretty much bedridden at this point. But, don’t count him out, yet,  because the King’s tongue is as sharp as ever, as he slices Semmi from ear to ear. 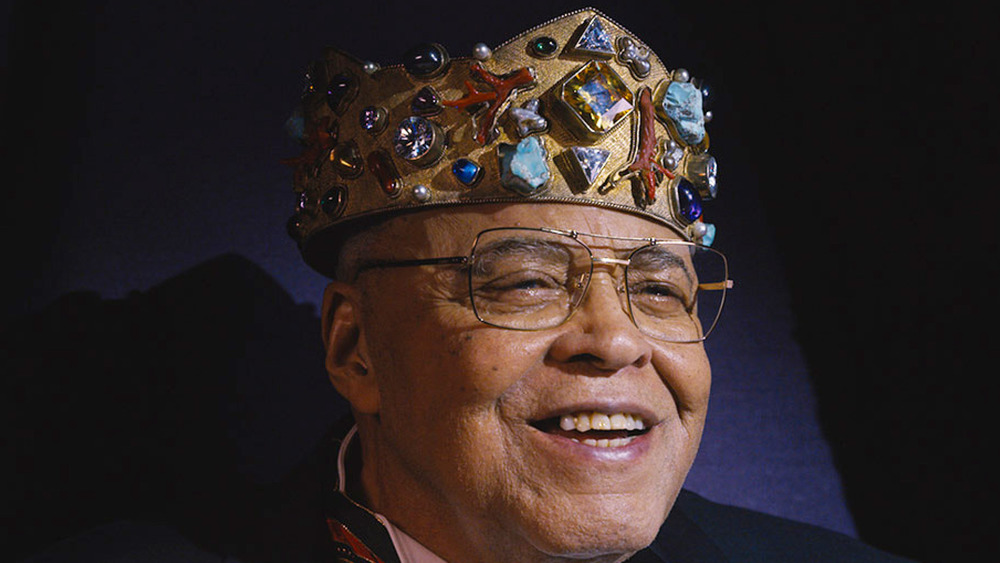 The all-knowing King demands that Prince Akeem goes back to America to find his illegitimate son and bring him to Zamunda, so that he can have an heir to take over, since girls cannot rule in the kingdom, according to the current law. Prince Akeem believes that it is impossible for him to have a son, since he doesn’t remember having sexual relations with anyone during that time. At that time we find out that the Prince, after partaking in a little herb on that night long ago, is taken on a ride of a lifetime by thottie Mary, and they produced a son.

Okay, at this point I’m starting to rock with the movie a little bit. 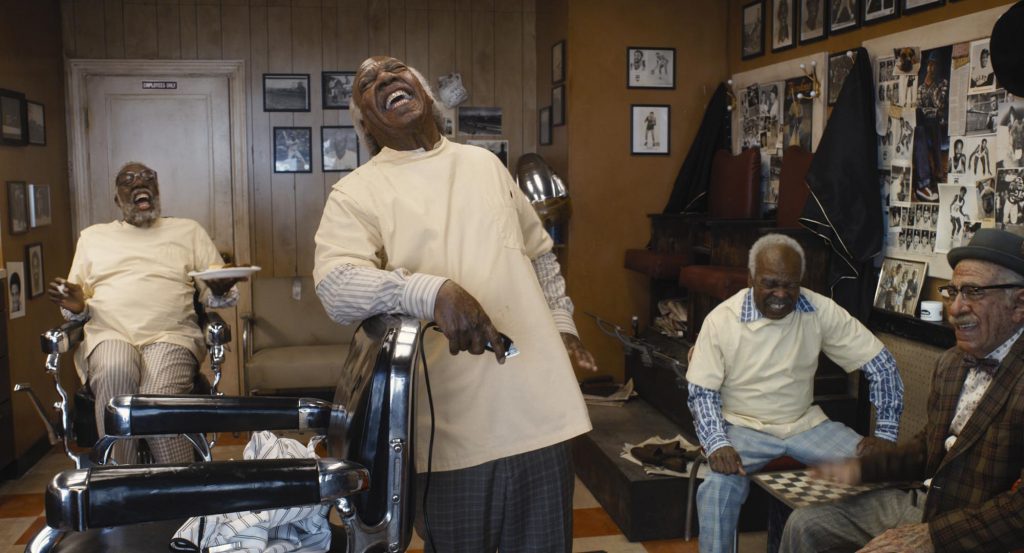 Prince Akeem and Semmi return to America and what’s their first stop? Yep, you guessed it. The barbershop. When they arrived at the shop, I hollered. The jokes were hitting, my side was splitting, and I couldn’t stop laughing. I never wanted them to leave. I needed at least five more minutes in the shop. 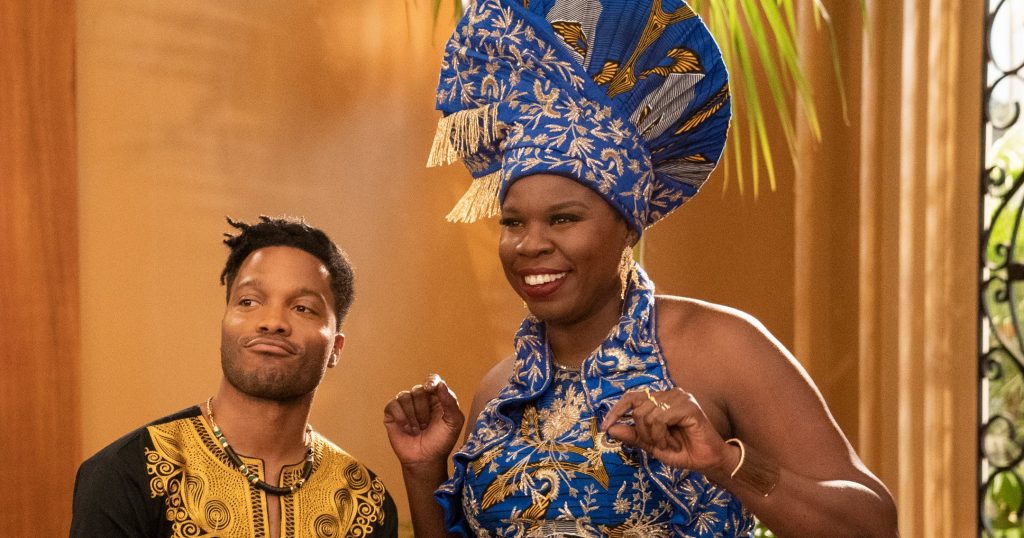 Then, they find who they’re looking for. The potential heir to the throne: Lavelle Johnson (Jermaine Fowler). We meet Lavelle’s crazy ass family: his mom, Mary (Leslie Jones), Uncle Reem (Tracy Morgan) and some others played by comedians Luenell and Rodney Perry.

And the comedy ensues.

Comedian Leslie Jones, who’s usually a little too over-the-top for me, was straight up comedic perfection in her role as the hot-to-trot baby momma. I truly enjoyed her. 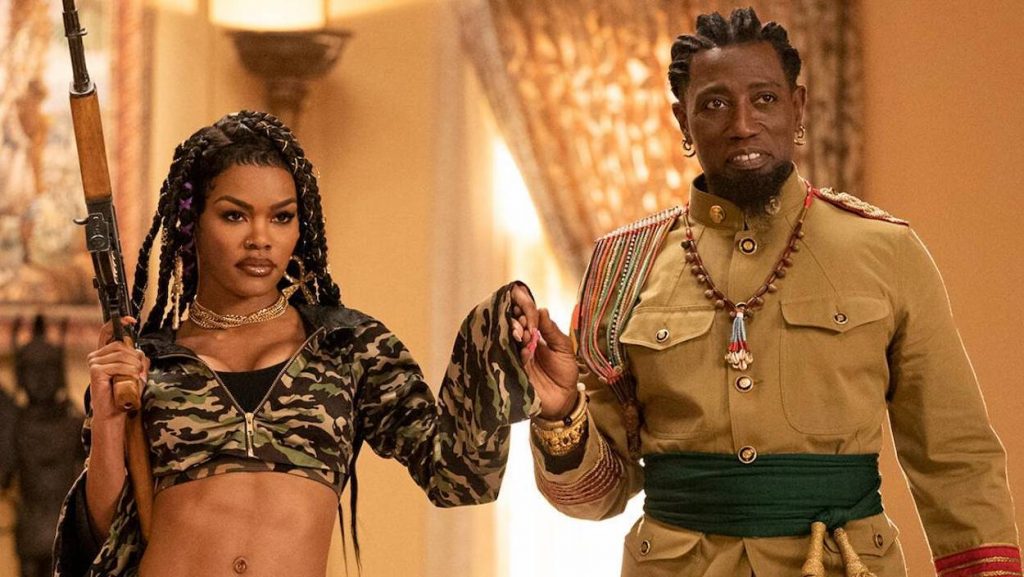 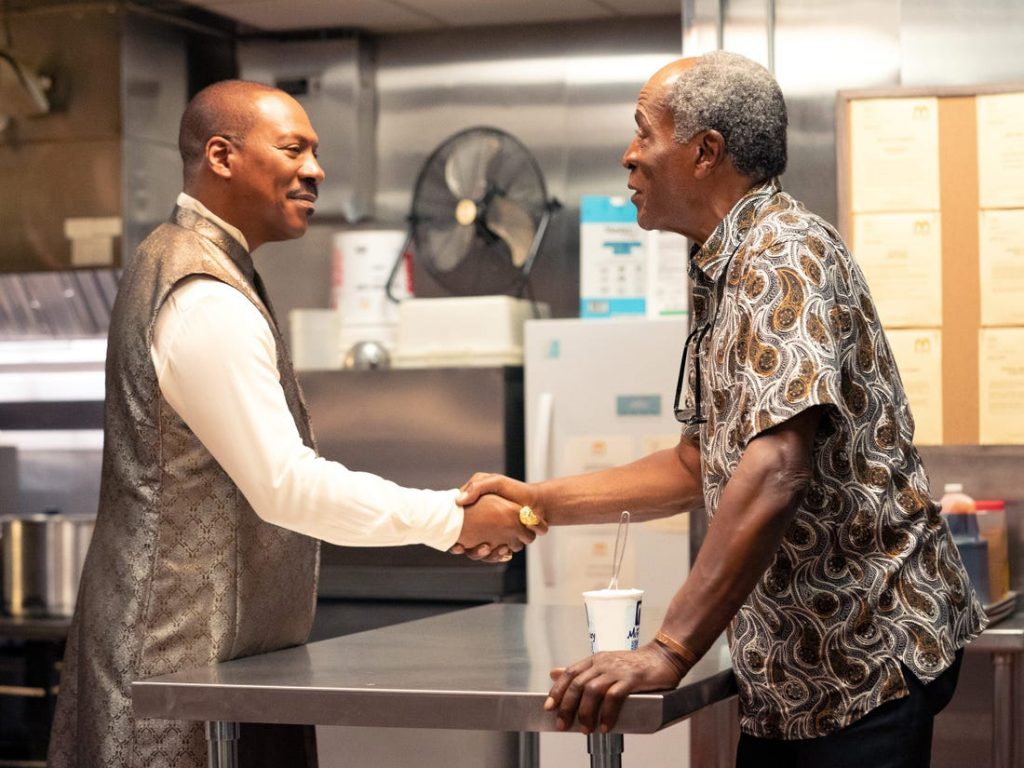 Some other honorable mentions were the return of Randy Watson aka Sexual Chocolate, Oha and his new song, Cleo McDowell (John Amos), The McDowell franchise in Zamunda, General Izzi (Wesley Snipes), the beautiful and simple-minded Imani Izzi (Teyana Taylor).

I also have to take the time to discuss the amazing costumes, hand-picked by legendary, award-winning costume designer Ruth E. Carter. The fashion kept me in awe for the entire movie, in nearly every scene.

As far as the acting and the comedic moments, I can honestly say that I laughed my ass off.

Overall, Coming 2 America did not disappoint. This was a smart, funny, comedy, with some corny moments sprinkled in, that I could see myself watching over and over again. It’s certainly not the original because it’s a sequel. Coming to America introduced us to the characters that we fell in love with, while Coming 2 America reunited us with them to launch a new era.