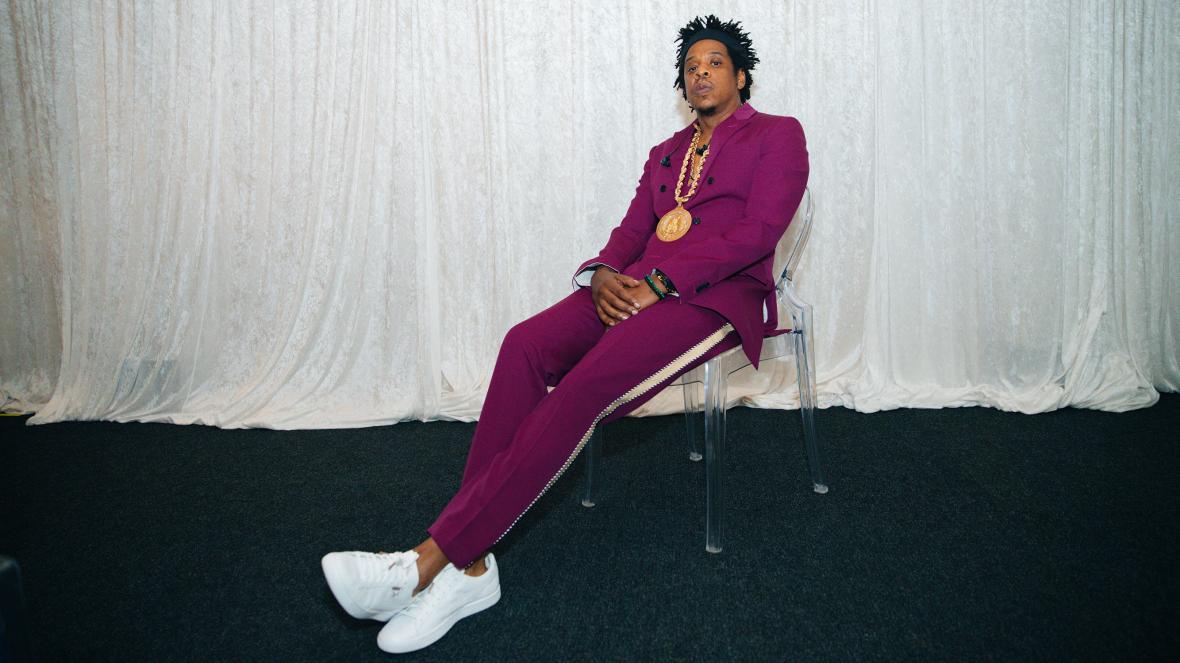 In a recent interview with British publication, The Sunday Times, hip-hop mogul/businessman JAY-Z, who respectfully demands that  publications print his name in all caps (he changed it in 2017),  sat down to discuss everything from life with the family during lockdown, to the Black Lives Matter movement and the significance behind his partnership with athletic brand Puma.

When asked about life in lockdown during the pandemic, which began back in March 2020, JAY-Z, a true optimist, basically expressed that it helped him to see the importance of family connection. “In the beginning it was time for everyone to sit down and really connect, and really focus on family and being together, and take this time to learn more about each other,” he says. “And then, as it wore on, it’s like, ‘OK, all right, what is the new normal?’ ”

Although trying to keep a positive outlook, JAY-Z still seemed concerned and cautious about how post-Covid life will be from here on out. When asked if he had any upcoming plans to perform, he stated, “I’m not planning it, but I’m definitely missing it.”

Although he misses the lights, camera, and action that comes with being a worldwide superstar, JAY-Z is more focused on being a great family man to wife of 13 years, Beyoncé, and their three children, Blue Ivy, 9, and twins Rumi and Sir, who will turn 4 this June.  “Family is your foundation”, he says. “Feeling loved is the most important thing a child needs, you know?” He goes on to say that he is not the type of parent who would force his children to become entertainers like himself or his wife, Beyoncé.  JAY-Z conveyed how crucial it is for a parent to nurture their children and be supportive in all aspects of their lives.

Finally, after gushing over his children and the family life, JAY-Z goes on to discuss his partnership with Puma, a well-known athletic brand and its importance to the Black Lives Matter movement, with the current campaign slogan “Only See Great”, which was inspired by JAY-Z, who first said: I only see great. I don’t see good. I don’t see compromise. We should always strive to make something great, something that will last.

The american sprinters Tommie Smith,John Carlos and Peter Norman during the award ceremony of the 200 m race at the Mexican Olympic games. During the awards ceremony, Smith and Carlos protested against racial discrimination: they went barefoot on the podium and listened to their anthem bowing their heads and raising a fist with a black glove. Mexico City, Mexico, 1968 Mexico city, Mexico, 1968

JAY-Z revealed that he decided to work the brand, giving their prominent history of sponsoring Black sports talent. He referred to Tommie Smith, former track runner, who made a statement during the 1968 Olympics, when he demonstrated the Black power salute while wearing Puma sneakers. JAY-Z divulged that he recently had a conversation with Smith about that time in history. He acknowledged that he Smith’s strength during that time. “He did it at a time when it was not popular. Today you can see the support — back then you’re risking your life, risking everything, you know?”

He recognized that that while that took place over 50 years ago, the country still deals with racism, violence, and unjustifiable murders committed by police, which sparked the Black Lives Matter movement. When asked if it is frustrating to see that the country still has long ways to go, JAY-Z, admitted,  “Yes. As a human race we’re still on basic things,” he sighs, meaning people’s appearances. “We’re still on Stop Asian Hate. We can’t sit and cry over spilt milk, but we do have to acknowledge that there’s milk, right?” A rueful laugh. “But yes, to answer your question, it’s very frustrating.” Still, he refuses to be negative. “Are we here today? No. Are we further than 50 years ago? Yes.”