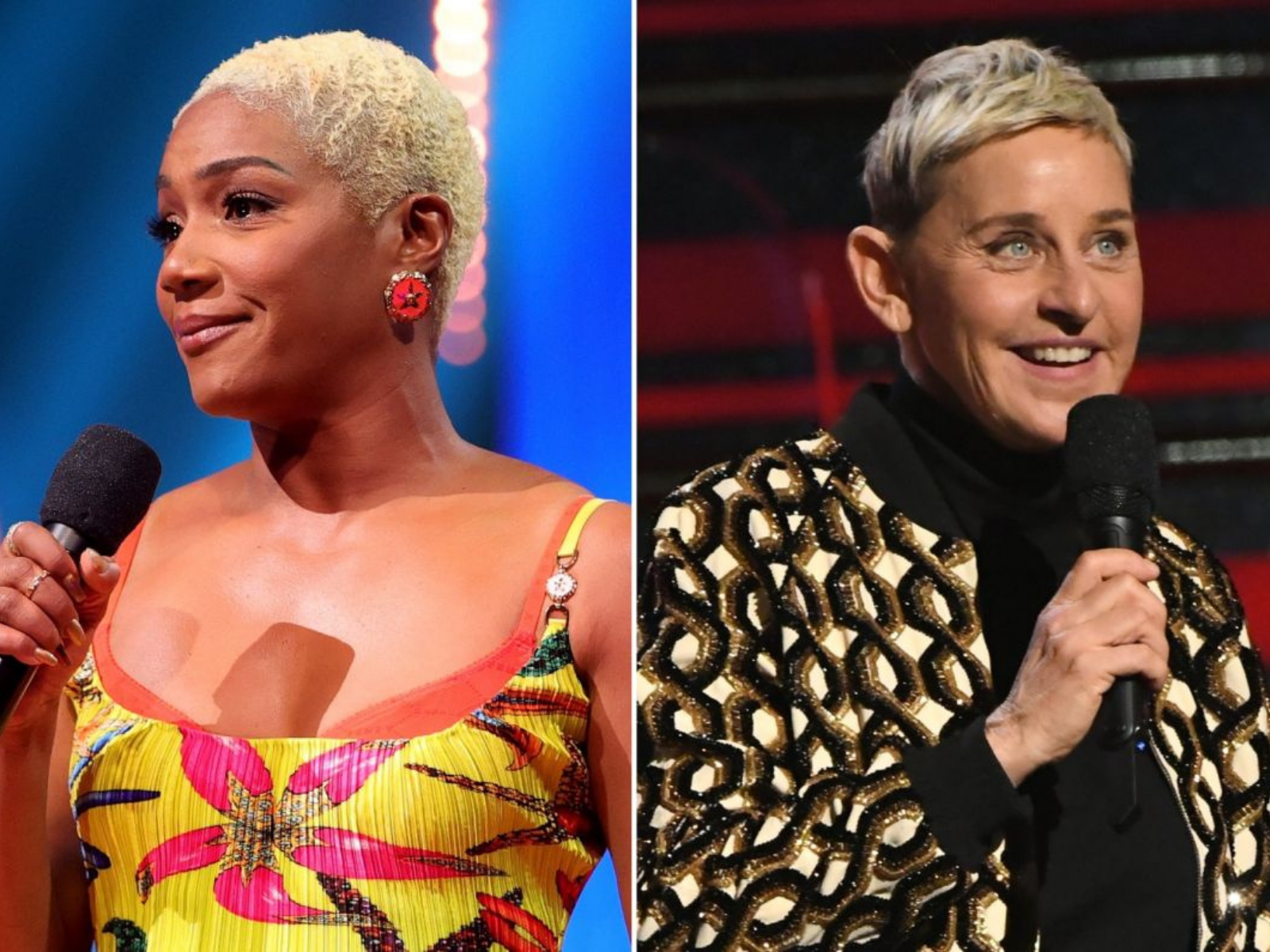 As we know Ellen Degeneres announced last week that she would leave her long-running talk show, Ellen, after next season.

Degeneres’ decision came after an extreme drop in ratings, amid last spring’s accusations of her show being a toxic work environment for many staff members.

Now, the word on the street is that comedic actress Tiffany Haddish may be the replacement host for the Ellen show once Degeneres steps away.

Haddish, who currently hosts CBS‘ Kids Say The Darndest Things and has filled in on the Ellen show a couple of times, has been consistently exercising her hosting chops.

But, will she be able to just slide into Ellen‘s seat with ease? Probably not.

Degeneres currently owns the rights to her show, which is syndicated. Therefore, Haddish wouldn’t just be able to hop in the seat just like that. It would be impossible to replace Degeneres without reformatting the entire show and adding a new host. Basically, it wouldn’t be the Ellen show, it would be a brand new show.

Also, there have been reports that The Kelly Clarkson Show, which has been delivering great ratings, would step into Ellen‘s 3pm ET time slot.

Check out a clip of Haddish guest-hosting Ellen. Do you think she has what it takes to be the next Queen of daytime talk?