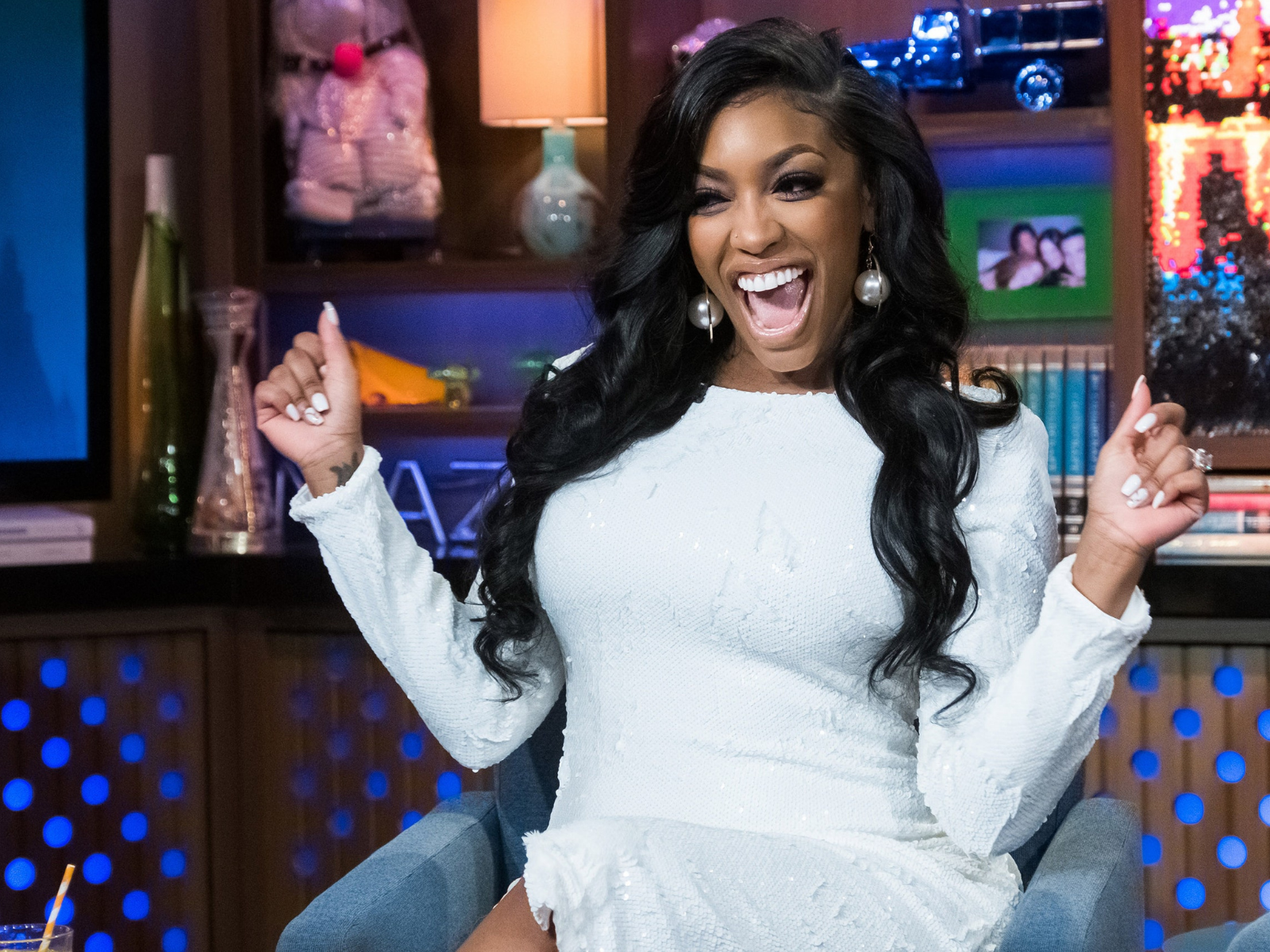 In a recent Instagram post, Porsha posted another picture of her Mr. Wonderful (of course she did), Simon Guobadia, with a caption that read: “Ima stick beside him”.

Porsha is all over this man like white on rice. She ain’t letting Mr. Yellow-Brick-Road-To-The-Bag get out of her sight.

Everyone who’s following this weird, out-of-the-blue relationship, knows that Porsha just hopped up out of nowhere and proclaimed her love for the rich African businessman, who she’s also engaged to. What makes the story wild is that Simon is still married to wife Falynn, who has made an appearance or two on The Real Housewives of Atlanta and was introduced as Porsha’s friend. Yep, it’s a mess.

After Porsha’s announcement of the part she played in Simon’s infidelity, fans of the show began to drag her from sea to shining sea. She’s been labeled everything from a homewrecker to a check-chaser.

Now, she goes and posts her “man” again and credits her best friend, Shamea, of hooking her up with Simon.

Under Porsha’s post, Shamea posted: Up and mutha lovin stuck

The Shaderoom had a chance to screen capture the post; I was too little, too late on that grab, but, nevertheless, I’m going to bring my opinion.

It’s really sad. Although Porsha is to blame for her part, let’s not forget about Simon in all this. He was the married one, who decided to step out on his wife.

I’m not sure where they’re going with this story because it’s hard for me to believe that this is real. Like I mentioned a few posts back, I think this is a new storyline to save this dying franchise.

Also, it looks like Shamea may be angling for a peach and her bestie may just be on track to getting her one.