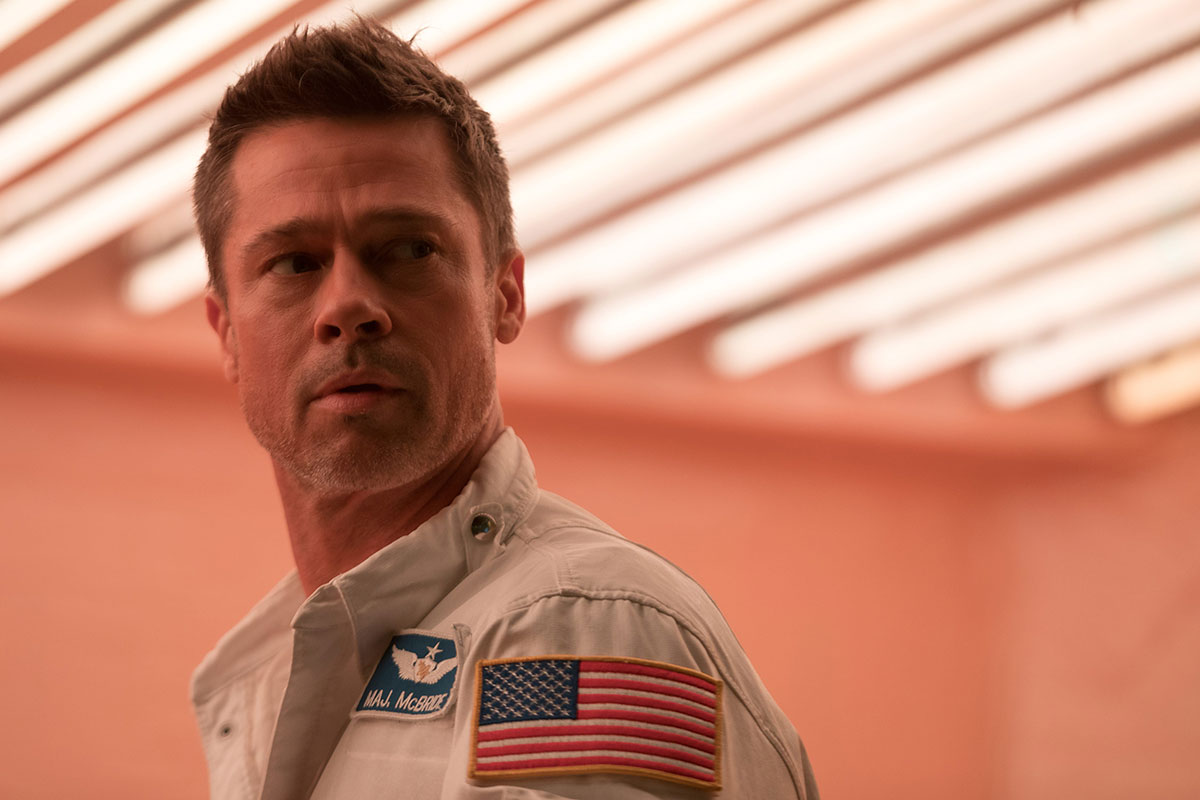 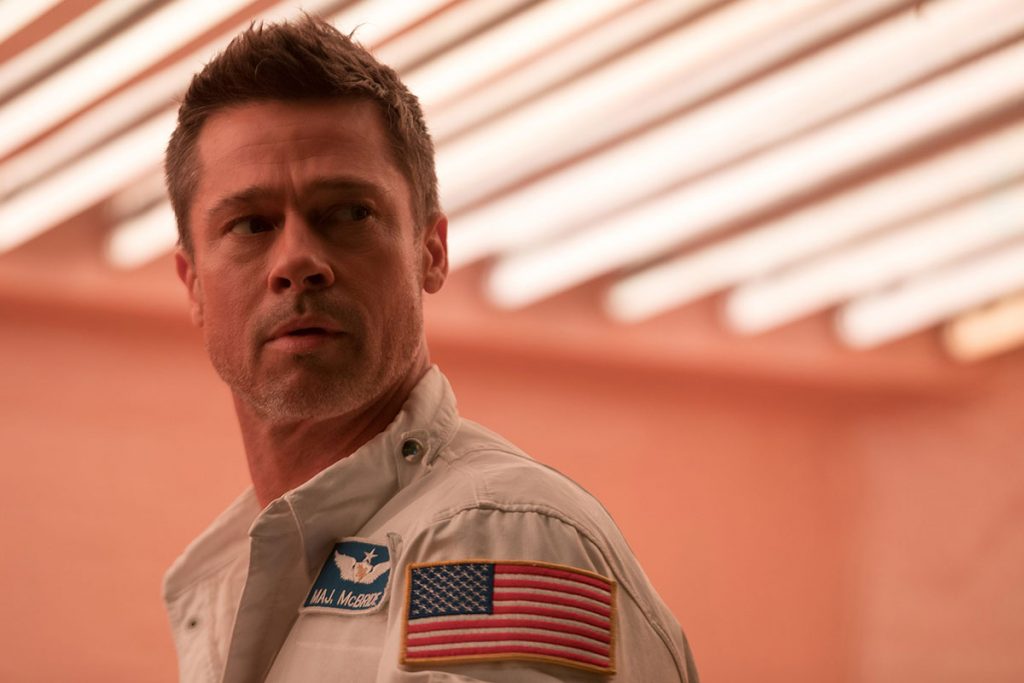 I’m usually not the one rushing out to the theater to see the latest space-travel-fantasy film. But,  something about Ad Astra peaked my interest. Positive reviews poured in from its first few festival showings, solidifying that this was Brad Pitt’s comeback season. 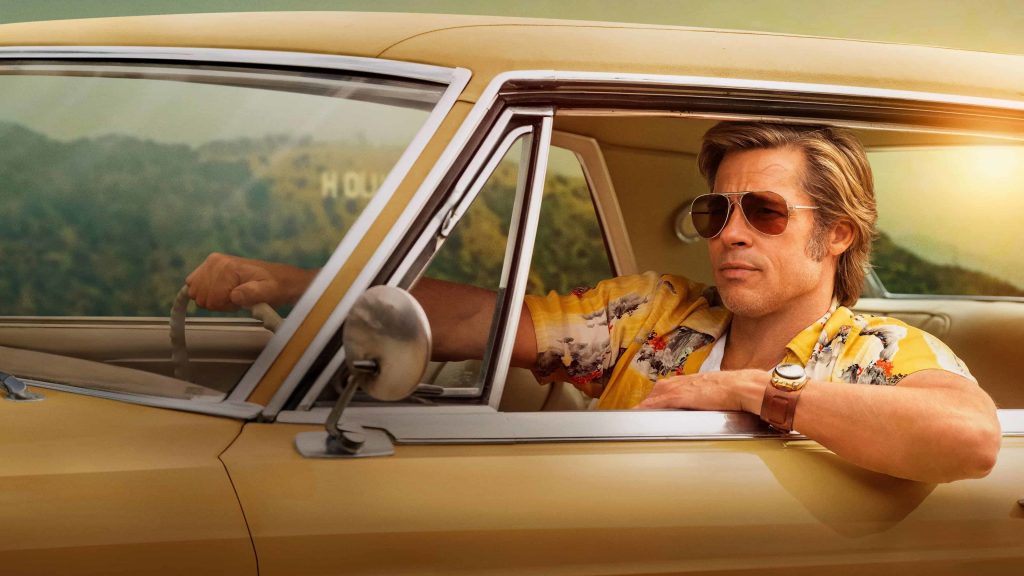 Earlier this summer, Pitt had wowed the audiences (count me in as front and center) when he portrayed the washed-up-but-still-charismatic-stuntman, Cliff Booth, in Quentin Tarantino’s 9th film, Once Upon a Time in Hollywood.  And since I really enjoyed Pitt’s performance in that little mid-summer blockbuster, alongside the incomparable Leo DiCaprio, I was interested to see what he was going to bring in Ad Astra. 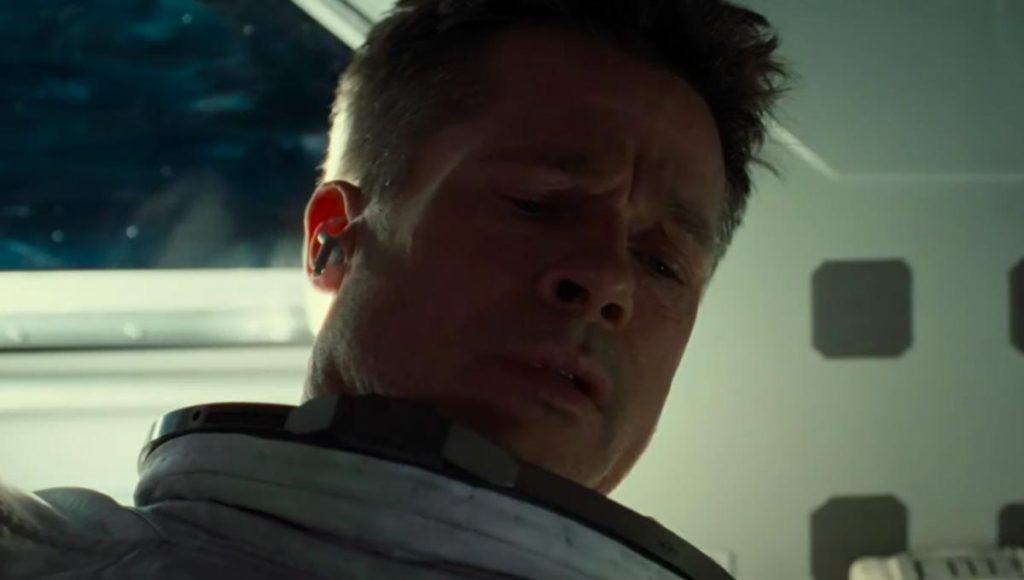 In Ad Astra Pitt portrays Roy McBride, an accomplished astronaut with major psychological flaws stemming from his childhood relationship with his estranged father, Clifford McBride (Tommy Lee Jones), which causes Roy to lack the ability to build and maintain meaningful relationships. Early in the movie, Roy is summoned by his superiors to play a dominant role in a mission that really hits close to home for him. Without hesitation, Roy embarks on that journey, which changes the course of his life forever.

This movie starts out with Roy working on a space station that’s hit by a massive power surge which nearly kills him and his colleagues. Yes, it’s pretty intense coming out of the gate.  As Roy’s free falling through the air, I grip the arms of my seat and my heart drops to my stomach, because I don’t know what the hell is going to happen at this point. All I know is Brad Pitt can’t die in the first 30 minutes of the movie. If that happens, there’s no doubt, that plenty of us would be pissed. Spoiler alert: Pitt survives the free-fall. Thank the Lord! 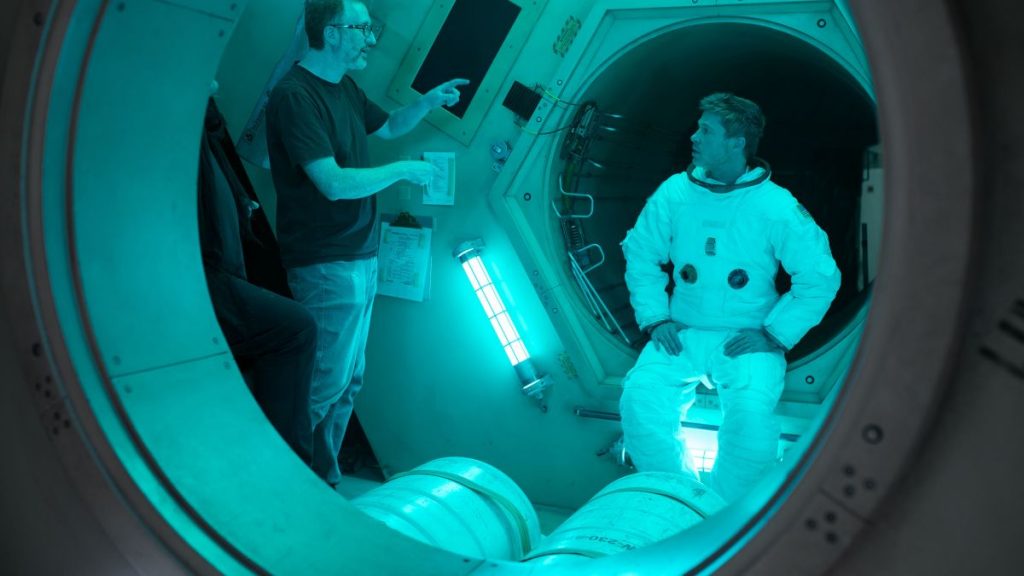 Ad Astra, directed by James Gray, is best described as a great story, consisting of a steady plot and some intensely cool action moments that don’t disappoint. It is truly an enjoyable and beautiful time. And I’m not just saying that because of how beautiful Pitt is on screen. It doesn’t hurt though. But, seriously, I have to also give props to the cinematographer, Hoyte van Hoytema, for giving us viewers some outstanding shots of his creation of outer space.

I’ve heard some film critics call this movie a slow burn, and I totally disagree with that statement. Ad Astra has some very intense moments right from the opening scene all the way to the end credits. It’s one of those dramas, which contains a remarkable story, as well as some extreme action sequences that keep the viewers on the edge of their seats.

Honestly, I can say that I went through nearly every emotion while watching this film. Click To Tweet After witnessing Pitt in one of his best performances in a while, I can truly see why this movie continues to be the talk of all of this year’s film festivals.

Word on the street is that it’s a high possibility that Pitt could be creeping up on a best actor Oscar nomination, while the film, itself, is headed in the direction of best picture slot.

In case you haven’t figured it out by now, Ad Astra was definitely a good time in the theater. It was entertaining from start to finish, family-friendly, and something that I could watch over and over again.  Check out the trailer: 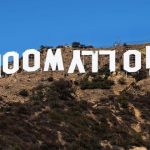 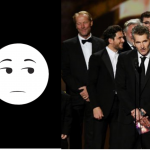