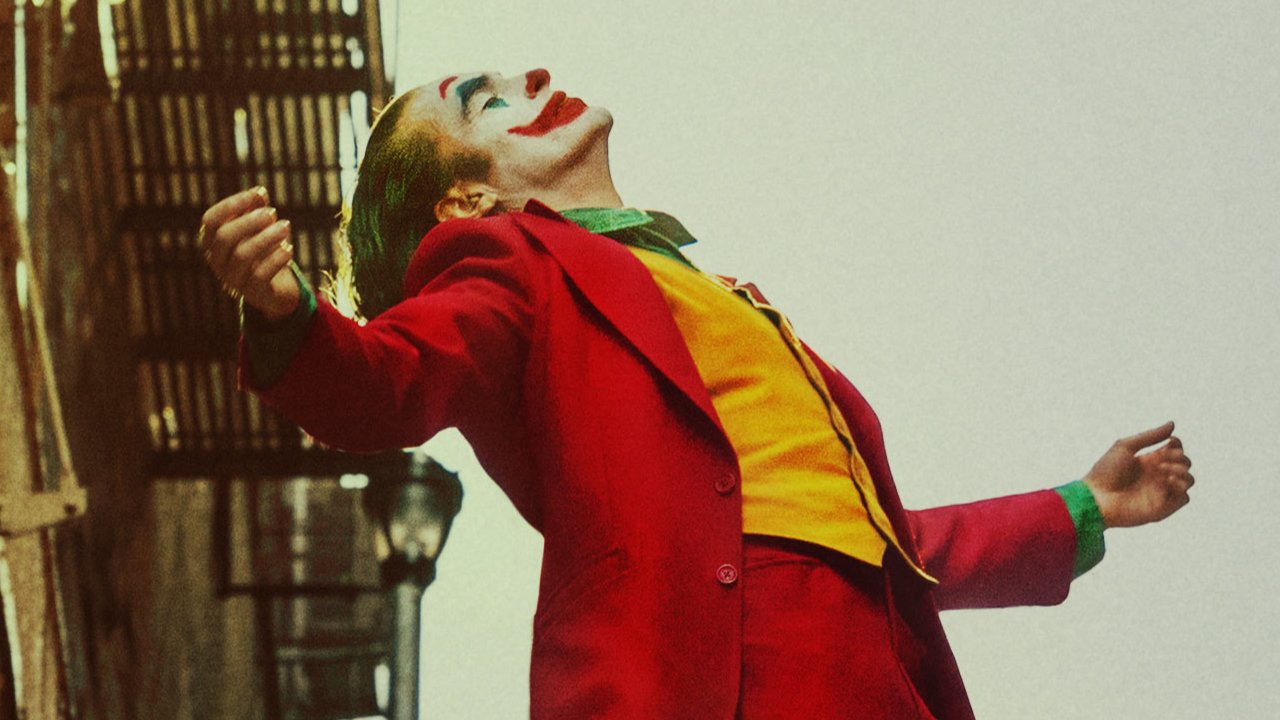 Disclaimer: This is a spoiler-filled review. So, if you haven’t seen the movie and plan on going to see it, STOP right here!

From the beginning of the movie, you witness the horrendous battles with everyday life that this man has to endure repeatedly. While working as a store front clown, he gets jumped by some little asshole kids, who steal his sign prop and run off. As he chases them through the chaotic Gotham streets and down an alley, the little thugs kick the shit out of him and leave him all battered and bruised. And what does he do? Yep, he gets up and goes to work the next day, hoping that it would turn out better than yesterday. 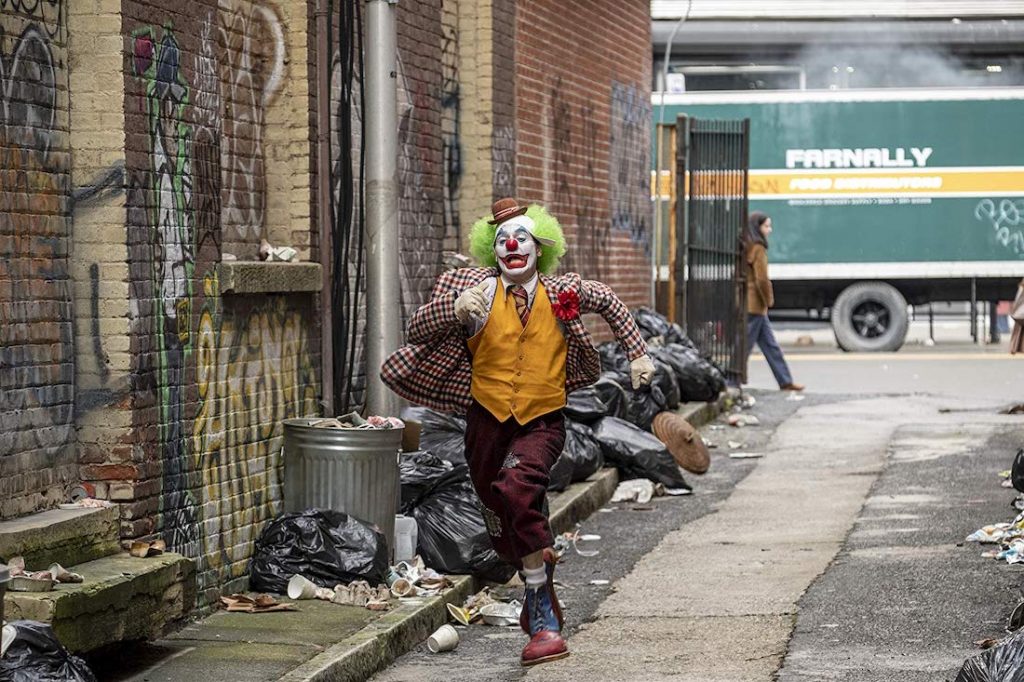 One of the major storylines throughout the film is that Fleck/Joker lives with extreme mental illness, which is being managed by 7 different medications and regular visits to a city-funded therapist. When the funds for therapy are cut and Fleck/Joker is unable to afford his medication, his mental health begins a tragic decline. 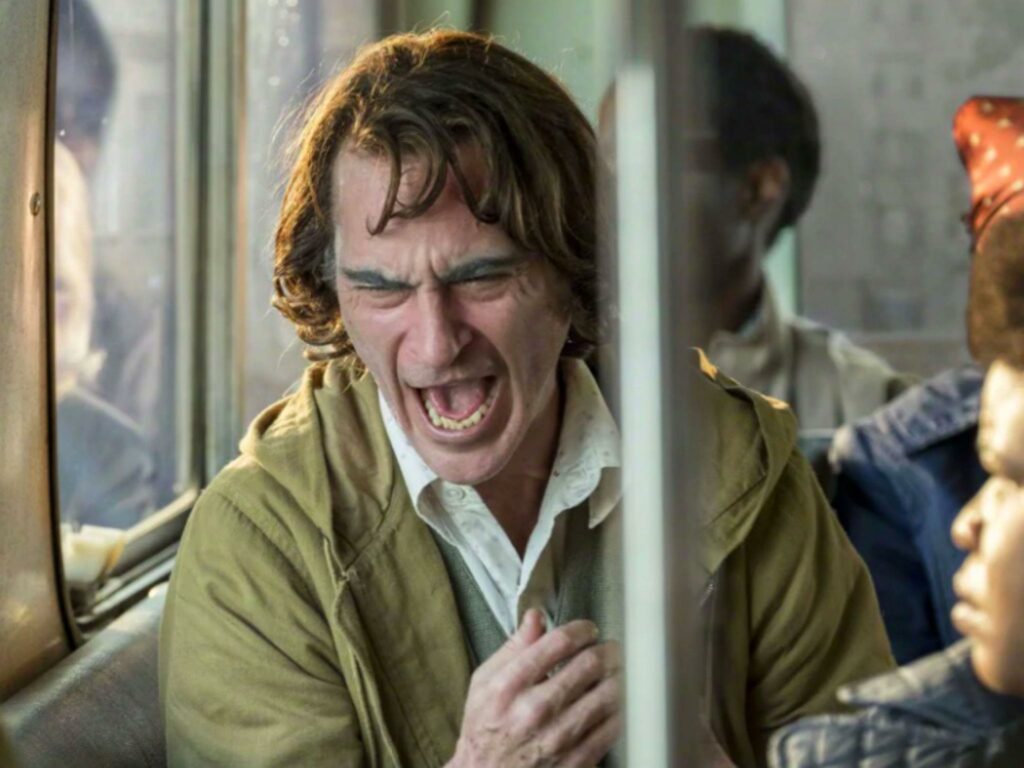 One of the scenes that really brought tears to my eyes was when Fleck/Joker, while taking the bus home, encountered a toddler on the seat in front of him and started to play a game of peek-a-boo with the young child. The mom was not having it and straight-up demanded that Fleck/Joker leave her child alone. Fleck/Joker, startled and hurt by the little boy’s mother’s harsh tone, starts to have uncontrollable cringe-worthy laughter. Not wanting the woman to think that he was some psycho lunatic, Fleck/Joker reaches into his pocket and pulls out a card, telling her that he has a neurological disorder that causes him to burst into random fits of laughter. That scene was so powerful; the audience couldn’t help but feel compassion for that man at that moment. 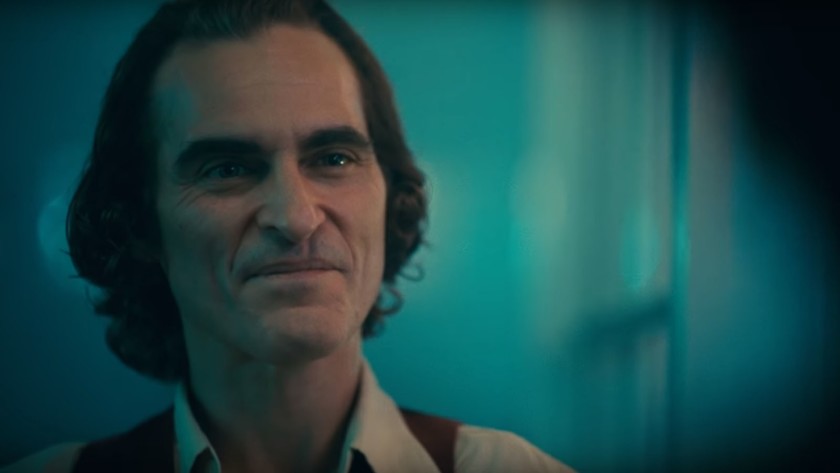 Fleck/Joker continues to maneuver through the mean streets of Gotham, working as a clown and failing at stand-up comedy, all while living in a run down apartment with his ailing mother, Penny Fleck (Frances Conroy), who he cares for, diligently, until his mental issues get the best of him and he commits his first triple murder, which allows him to feel what it’s like to finally fight back the bullies and have control of  whether someone lives or dies. Now, the rabbit has the gun, so to speak.

Not having access to his meds anymore, Fleck/Joker continues his out-of-control mental spiral, which propels him into a delusional state of his relationship with his pretty next door neighbor, Sophie (Zazie Beetz) and an intense obsession with late-night TV personality Murray Franklin (Robert De Niro). 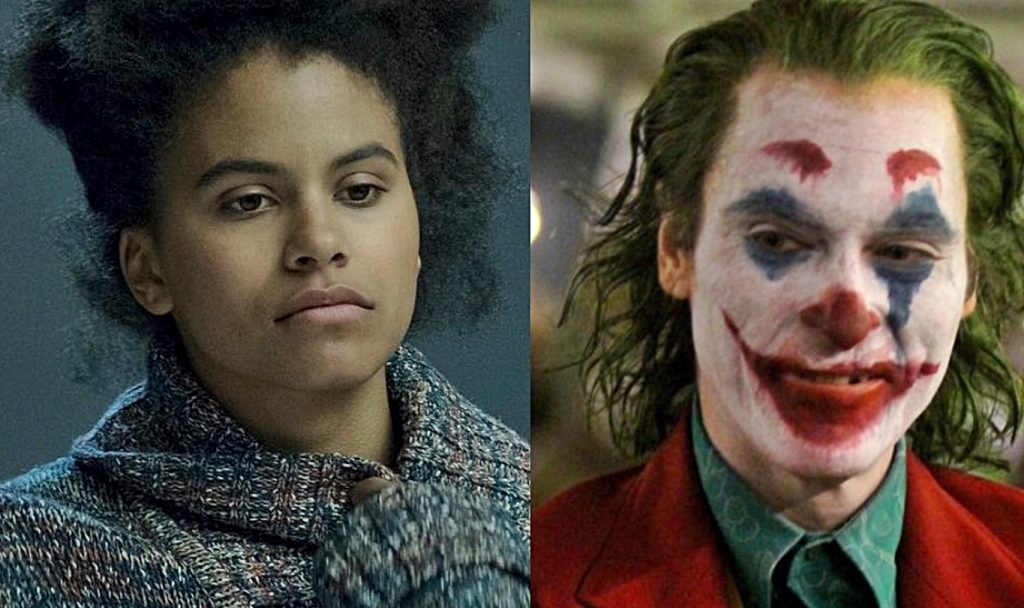 After learning a horrific secret about his childhood, Fleck/Joker hits rock bottom and, enthusiastically, commits more murders, as he fully transforms into the Joker, while killing off any remnants of Arthur Fleck in the process.

Joker had me enthralled from the beginning to the end. Admittedly, I haven’t seen many of Joaquin Phoenix’s films, but he certainly gave a stellar performance in this movie.

When Joker premiered at the Venice Film Festival a couple of months ago, it reportedly garnered an 8-minute standing ovation from the audience. Now, I can see what the hype was about. Although, there wasn’t an extreme standing ovation at my local theater, I could tell that everyone in that room was thoroughly entertained by what Joker was giving. 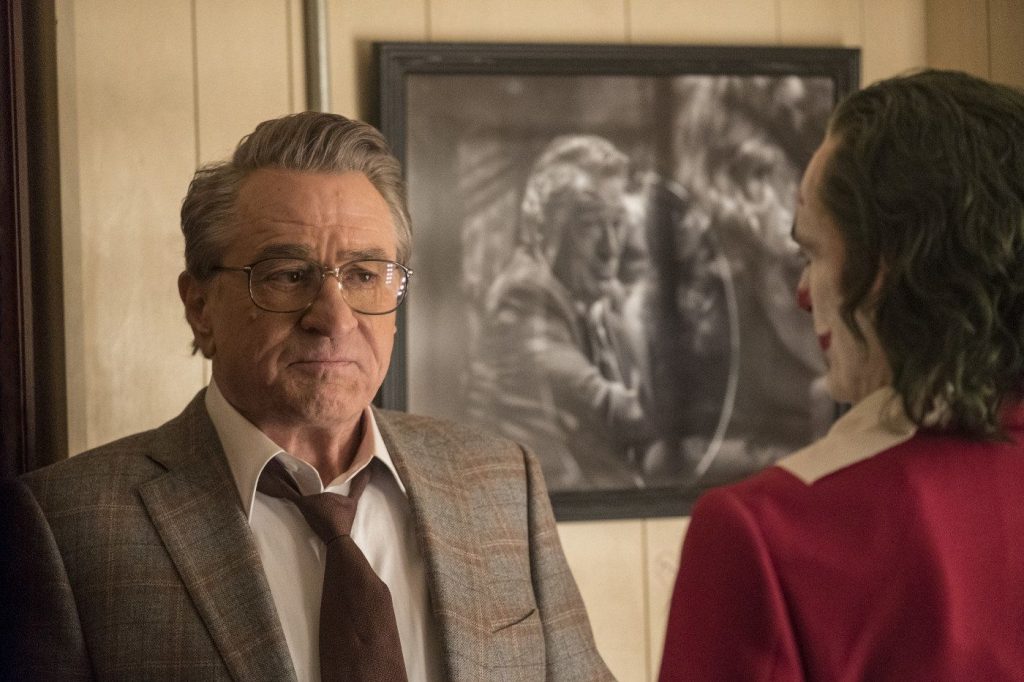 Again, Joaquin Phoenix was phenomenal as the Joker. During a portion of the movie when he and Robert De Niro were on screen together, I couldn’t look away for a second. I doubt if I even batted an eyelash. Those two powerhouse actors played extremely well off each other. And when Joaquin finally gets his well-deserved Oscar next year, that should be the chosen clip.

And Todd Phillips. Yes, Mr. Phillips, I don’t know the man personally, but, nevertheless, I’m very proud of what he did with this project. To see him step away from his usual comedies and bless us with his writing and directorial skills in this drama/thriller was pretty genius. 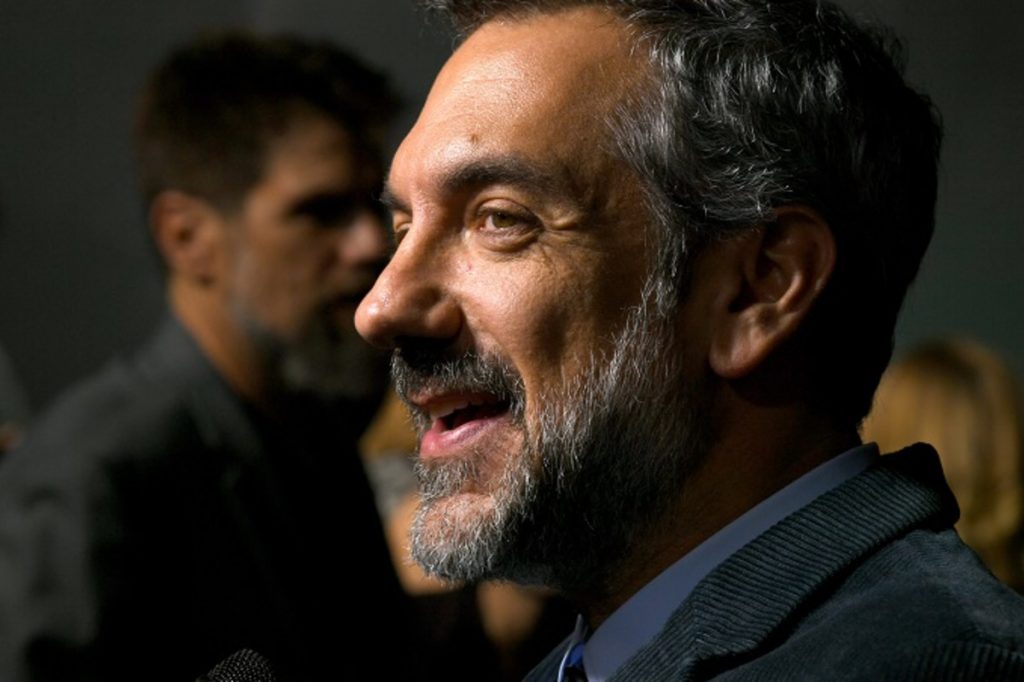 Some critics claim that, throughout Joker, they could see many elements of Scorsese’s Taxi Driver, which starred Robert De Niro, back in 1976. And I say, what’s the big fuckin’ deal? So what?

At the end of the day, all directors have their favorite director. Sometimes there may see some similarities between films. It’s really not an issue.  Imitation is the biggest form of flattery, in my book.

As of right now, it is number 1 in my top 3. But, I still have to wait and see what The Irishman (Martin Scorsese) and El Camino (Vince Gilligan) will bring to the table.

If you haven’t seen Joker, all I have to say is: What are you doing with your life?

Joker is an amazing tragedy, filled with action, suspense, gore, and overall great performances. What more can a true movie lover want? It does not disappoint and will have you wanting to go see it over and over again!

Here’s a taste of what Joker has to offer. See the trailer below: 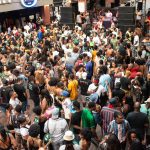