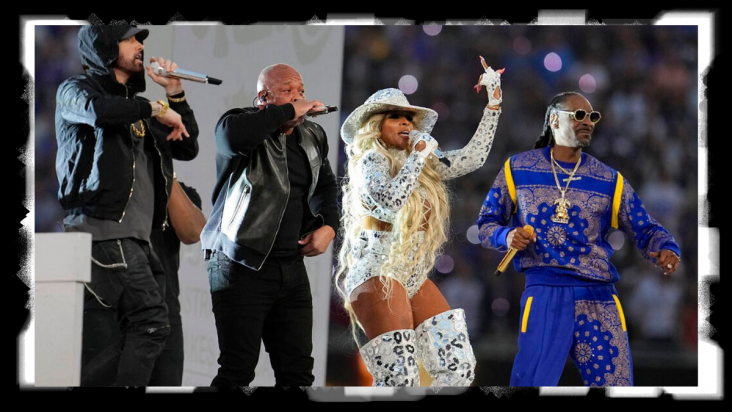 Superbowl LVI was not the only performance captivating the spectators on the field as the Los Angeles Rams took on the Cincinatti Bengals at the SoFi Stadium in sunny California.

The other highly-anticipated showdown was the Superbowl Halftime Show that included headliners such as Dr. Dre, Snoop Dogg, Mary J. Blige, Eminem and Kendrick Lamar. I must admit that there were definitely some heavy hitters in the building. Could they really pull it off though?

The legends showed up and showed out.

Dr. Dre, who’s 30 years strong in the game as a chart-topping producer and founder of Death Row Records, was responsible for discovering most of the talent that took center stage around him.

It was certainly a flash from the past and took me all the way back to my childhood.

Snoop Dogg, wearing a leisurely blue and gold jogger set, rocked the mic like only he could. His laidback stroll and flow catapulted fans back to the early 1990s, where we first met him on Dr. Dre’s “Nothing But A G Thang”.

Then, we got an unexpected surprise when the camera panned down and landed on an upside down 50 Cent, belting out his 2003 hit that put him on the map, “In Da Club”. After finally getting out of that uncomfortable looking position, 50, who appeared to be a little more chunky these days, was surrounded by a bevy of beauties, encircling and gyrating on him with their sexy moves.

When I saw 50 Cent take the stage, I thought that maybe either Eminem or Kendrick Lamar had pulled out at the last minute.

But, just as I started running with that thought, I heard the chord to Eminem’s 2002 mega-hit “Lose Yourself” and my ears perked up. The Detroit rapper took the stage and performed the lead track from the movie, 8 Mile, alongside Dre. At the end of his performance, Eminem graciously took a knee. That move definitely caught my attention and gave me some good chills.

Next up we had Queen Mary, coming through in her Beyonce-esque costume and hair. When the cams began panning up from her feet, to her thighs, and to her hair, I thought it was the Queen Bey for a split second. But, after she started belting out “Family Affair”, looking thicker than a Snicker, it was no doubt that the Queen of Hip Hop Soul did not come to play games with any of us. She ended her set with a powerful performance of “No More Drama”.

Then, we moved over to Kendrick Lamar, the baby of the bunch, at a fresh 34 years-old. But, don’t let the age fool you, Kendrick stepped on the stage and held his own next to the veterans of the industry. I’ve heard many people say that Kendrick is overrated, but this guy is super-talented and gifted in his craft. He really brought his A-game.

There were rumors that the late Tupac Shakur was going to make an appearance and perform as a hologram. But that did not happen.

Instead, Dr. Dre paid homage to the fallen rapper as he and Snoop performed “California Love”, and later in the set, as Dre took a seat in front of a white piano and began playing the chords for Tupac’s posthumous hit song, “I Ain’t Mad At ‘Cha”.

Overall, the performances were spot on and gave me all the feels in seeing that artists that I have been listening to for the last 30 years could still get up on that stage, hype the crowd, and not miss a beat. 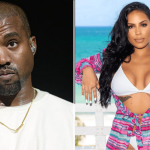