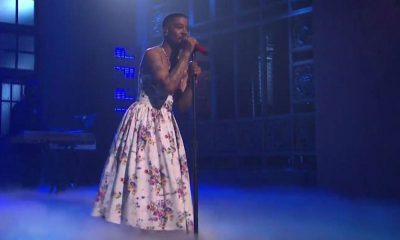 Kid Cudi’s floral dress moment from his SNL performance last night (04/10) sent social media into a frenzy. But why?

Rapper Kid Cudi performed two tracks from his latest project, Man on the Moon III: The Chosen, in which he chose this opportunity as his chance to pay homage to late Nirvana rocker Kurt Cobain, who died by suicide on April 5, 1994.  During Cudi’s initial performance, he donned a wooly green cardigan, similar to the one Cobain wore back in 1993, when he performed on Nirvana’s MTV Unplugged special.

In Cudi’s second performance, he shocked his fans when he stepped out in a tea-time, floral, spaghetti-strapped dress. This move was also a nod to Cobain who sported a floral dress on the cover of the now-defunct “The Face” magazine, as well as during some of his band’s performances.

Back in 2016, Kid Cudi checked himself into rehab, due to suffering from depression and having “suicidal urges”. This was his way to bring awareness to mental health issues and, possibly encourage others to seek help.

But, nevertheless, Twitter had mixed emotions on Cudi’s decision to wear a dress.

💪Man. In two tribute wardrobes to #kurtcobain, Cudder shows you that being yourself is the only thing that matters AND raises awareness for suicide prevention #kidcudi #masculinity #streetstyle pic.twitter.com/NAI0wraaao

Check out Kid Cudi’s performances below: 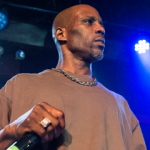 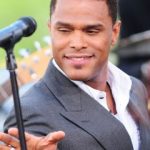